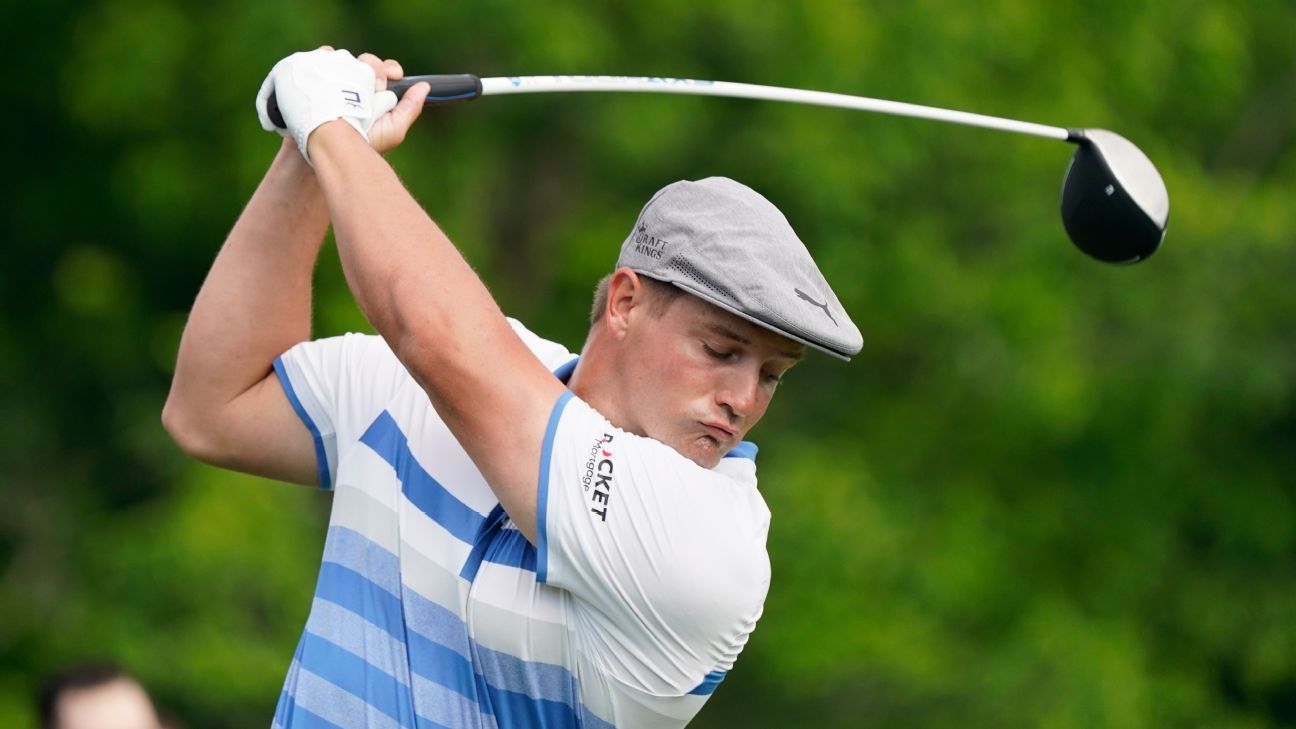 Bryson DeChambeau finished tied for second place in his group after the first day of the Professional Long Drivers Association World Championships in Mesquite, Nevada, averaging 406.2 yards on his five longest tee shots.

DeChambeau hit drives of 412, 408, 407, 403 and 401 yards on Tuesday to advance to the next round. The field on Wednesday will be narrowed from 64 to 32, with the top-eight from each group advancing to Thursday, then down to the final 16 for Friday’s final round.

His 412-yard drive was tied for third-longest in his group with Josh Cassaday, who also had a 417-yard drive. Scottie Pearman, who leads the group, had a 413-yard drive.

Each competitor has five sets where they each hit six balls. In each set, they compete directly against two or three other people. First place in that set gets 200 points, second gets 100, third gets 50 and fourth gets 25.

DeChambeau had three firsts and two seconds to finish with 800 points, which was tied with Jim Waldron behind Pearman (900) in his group.

It has been a busy week for DeChambeau. After the United States’ victory in the Ryder Cup, DeChambeau flew to Detroit on Tuesday to help announce an extended contract between the Rocket Mortgage Classic and Detroit Golf Club. He then headed to Mesquite for the long drive competition.

DeChambeau was able to hit a 417-yard drive in the Ryder Cup on the par-5 fifth hole, so it’s not out of the question to think he’s still capable of hitting it farther than his 412 on Tuesday.

Monahan, Pelley won’t be part of OWGR’s LIV call
Steve Stricker wins by 6 shots in Hawaii and the rest of the Champions Tour should be very afraid
Architect Gil Hanse scores first ‘real’ hole-in-one on a course he designed and the tale of how it happened is incredible
Keith Pelley says he and Jay Monahan have recused themselves from LIV Golf’s OWGR application process
Stricker wins Champions event in Hawaii by 6