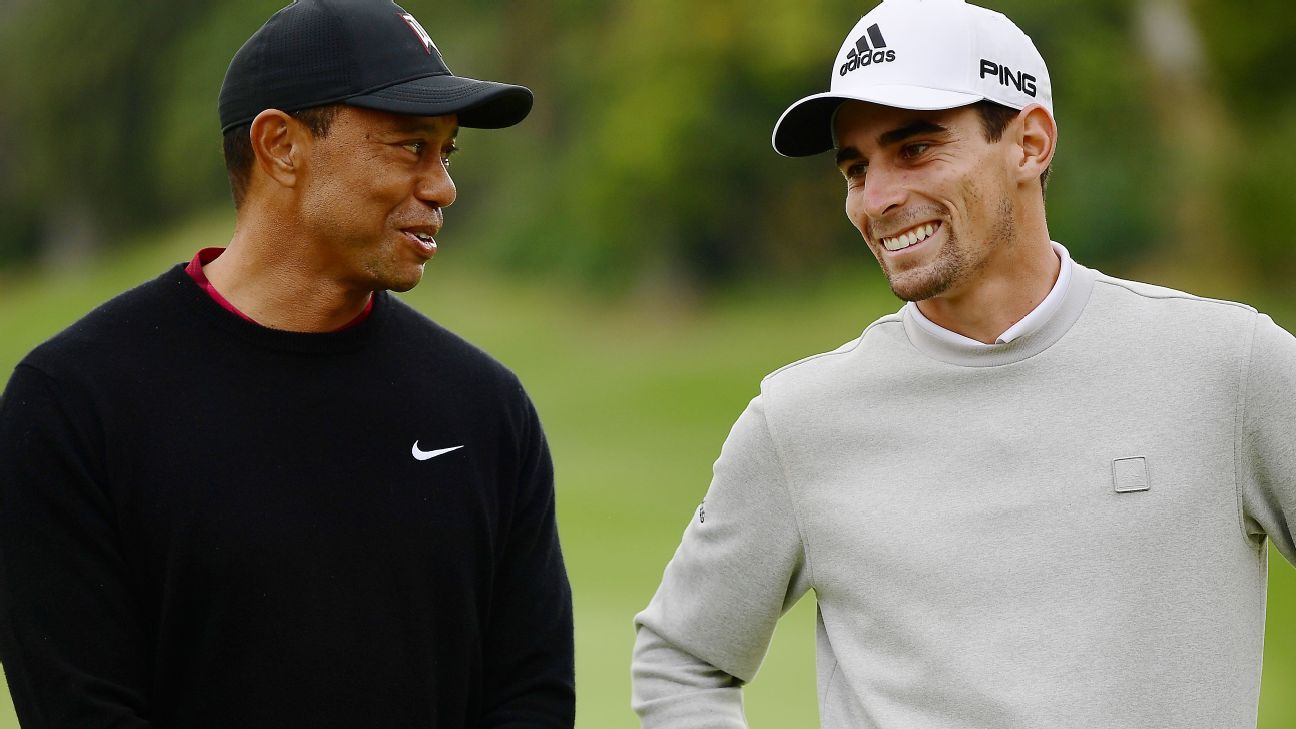 LOS ANGELES — Joaquin Niemann survived a few nervous moments at Riviera and polished off a big week Sunday when he closed with an even-par 71 to become the first wire-to-wire winner of the Genesis Invitational in 53 years.

Staked to a three-shot lead, Niemann’s margin was down to one when he made a 7-foot birdie on the eighth hole and PGA Tour rookie Cameron Young sailed the green and made bogey.

The 23-year-old from Chile chipped in for eagle on the par-5 11th to stretch his lead to five, and he held on for a two-shot victory over British Open champion Collin Morikawa (65) and Young, whose last hopes ended with a bogey from the bunker on the 16th. Young shot 70.

About the only thing Niemann missed was a chance to break the oldest tournament scoring record on the PGA Tour. With two bogeys on the back nine, Niemann finished at 19-under 265, one short of the score Lanny Watkins had in 1985. He began the final round as the owner of the tournament’s 54-hole record, which he utilized Saturday en route to a three-stroke lead.

Morikawa holed an eagle chip on the infamous and reachable 10th hole that one-hopped into the cup, and two late birdies gave him a chance. But he missed a 10-footer on the 18th in his bid to win and reach No. 1 in the world.

Young, making only his 12th career PGA Tour start, was a runner-up for the second time this season. He also tied for second in Mississippi. Given the prestige of the tournament hosted by Tiger Woods, Young earned $1,068,000 for his tie for second. The purse was $12 million.

As for Niemann, Riviera hasn’t had a 23-year-old winner since Phil Rodgers in 1962, the tournament best known for Jack Nicklaus making his pro debut. Nicklaus tied for 50th and earned $33.33 that year.

Niemann picked up $2.16 million for his second PGA Tour victory.

No one else had much of a chance on a cool, breezy afternoon at Riviera. This was Niemann’s tournament from the start, when he opened with a pair of 63s and set or matched a tournament scoring record of some variety each day but the last one.

Charlie Sifford in 1969 was the last player to go wire-to-wire in the Genesis Invitational, significant because the elite tournament — it attracted everyone from the top 10 in the world this week — offers an exemption in Sifford’s name to promote diversity in golf.

This year is the 100th anniversary of when Sifford, the first Black golfer to win on the PGA Tour, was born. The No. 100 was on the first hole.

Niemann carved his own way around the fabled course. The most important birdie was at No. 8. He got plenty of breathing room with the eagle on No. 11.

Young was stayed close, even after a bogey on No. 10 when his flip wedge from short of the green failed to clear a bunker. He blasted out nicely to 4 feet but missed the par putt, slamming his bag with a putter as he left the green.

He still had a chance. Young drove into a bunker on the 15th, could only get out to the fairway and then holed out for birdie from 50 yards. Niemann missed a 4-foot par putt and took his second straight bogey, and the lead was down to two with three holes to play.

Young found a bunker for the second straight day on the par-3 16th. It wasn’t plugged like it was on Saturday, but he failed to get up-and-down. He birdied the par-5 17th to get back within two shots and needed some help. Niemann didn’t provide it, splitting the middle of the fairway, hitting to the back level of the green and two-putting for par from just inside 30 feet.

And then the celebration was on as his closest friends — Sergio Garcia of Spain, Mito Pereira of Chile and Carlos Ortiz of Mexico — formed a big group hug on the 18th.