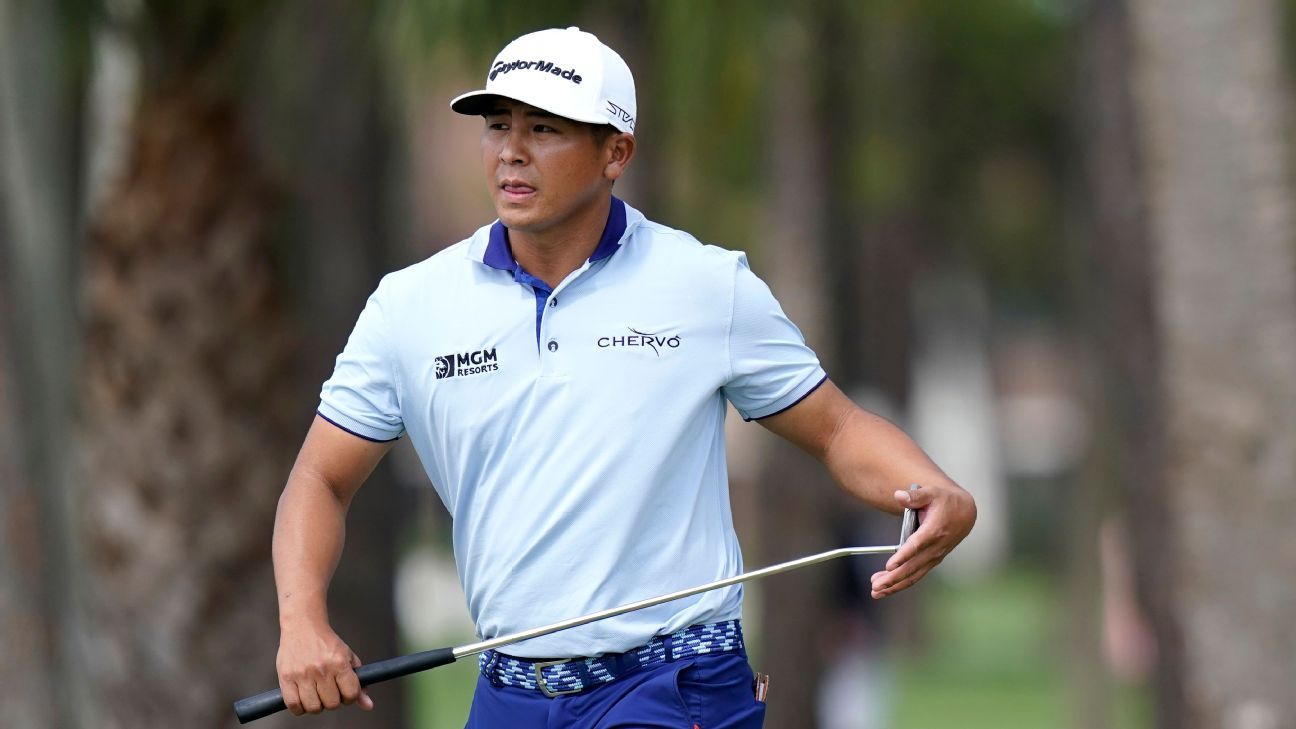 PALM BEACH GARDENS, Fla. — Kurt Kitayama came into the Honda Classic with 25 previous appearances on the PGA Tour, most of them ending by missing the cut.

He’s on track to do a bit better this week in the Honda Classic.

Kitayama, ranked No. 289 in the world, was nearly flawless at PGA National on Thursday, shooting a 6-under 64 to take a one-shot lead over Daniel Berger, Chris Kirk and Rory Sabbatini. It was Kitayama’s best score in 69 rounds on the PGA Tour, fueled by a career-best run of four consecutive birdies on his second nine.

And he qualifies as a surprise leader, considering even he didn’t expect a start like this.

“Maybe not a start like that, but I felt like I’ve been playing well, and I’ve started to figure out my putting to kind of find this kind of round,” said Kitayama, a California native and former UNLV player who has missed cuts 64% of the time (16 out of 25) in tour events.

Berger also was bogey-free and missed an 8-foot birdie try on the par-5 18th to settle for 65.

Peter Uihlein and Danny Willett were among the group at 67. Brooks Koepka, a Palm Beach County native basically playing a home game this week, was in a group at 68. And Joaquin Niemann, the Genesis last week at Riviera in Los Angeles, was 4 under through 12 before giving it all back and settling for an even-par 70.

“I didn’t do anything to really deserve to be 4 or 5 under,” Koepka said. “That’s a great score here. Just kind of ho-hummed it around.”

He made it look easy. So did Sabbatini and Berger.

Sabbatini, the 2011 Honda winner, had a bogey-free round of 65 with four birdies on the back nine. It was the first time Sabbatini played PGA National as a pro without making a single bogey.

Berger, whose back has been iffy in recent weeks, was 5 under through 11, then finished with seven consecutive pars.

“It’s nice to get off to a good start,” said Berger, who grew up playing junior golf at PGA National.

Neither Kitayama nor Sabbatini is a big hitter; Kitayama entered the week tied for 74th in driving distance on tour, Sabbatini tied for 172nd. That makes PGA National to their liking, considering it’s not a course that gets overpowered.

“I’m getting to that point in my game where I think I’ve gotten past where I feel like, I hate to say it, truly competitive out here,” the 45-year-old Sabbatini said. “There’s too many guys out here that have much more firepower, so I’ve just got to kind of pick and choose my way around the golf course. To me, it’s become more of a chess game and less about throwing some darts out there.”

DIVOTS: Defending champion Matt Jones, who shot an opening-round 61 last year, shot 73 on Thursday. … Erik Compton, two days shy of the 30th anniversary of his first of two heart transplants, was in a group that shot 69. … Curtis Thompson holed out from 204 yards on the par-4 sixth hole for eagle, the first recorded there since the Honda moved to PGA National in 2007. … Sam Ryder had a solid 71, considering he put two balls in the water on the par-3 17th and made a quadruple-bogey 7 there. … Hudson Swafford started 8 over through six holes – three bogeys, then two doubles, then another bogey. He was even the rest of the way, shooting 78. … Stewart Cink also shot 78, two shots worse than any round he’s had in 14 previous Honda appearances.

Sportsbooks, states taking varying approaches to betting on LIV tournaments
SUB) 이걸 배우고 일관성이 미쳤네요 ㅎㅎ 출근길 Golflesson 허석프로
How to hit a high shot over a bunker. Easy golf tips
Padraig Harrington’s win at the U.S. Senior Open is a reminder what a treasure the Irishman is to the game
Why the PGA Tour needs to strengthen its ties with college golfers