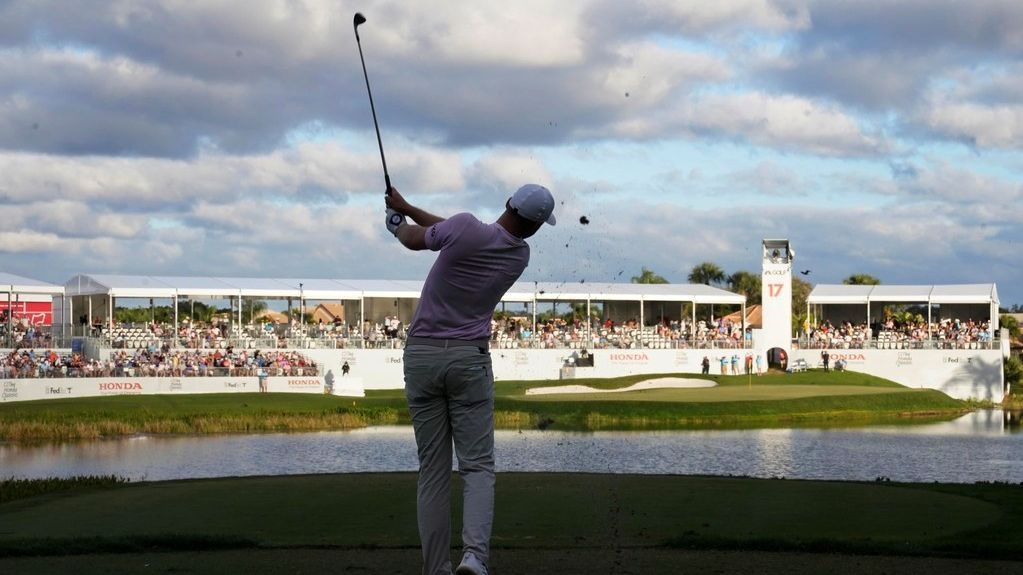 PALM BEACH GARDENS, Fla. — Daniel Berger wasn’t flawless. He just kept avoiding big problems, which almost nobody has managed to do at PGA National this week.

That’s why he remains the leader of the Honda Classic.

Berger started with a three-shot lead and ended with a five-shot advantage, after his round of 1-under 69 moved him 18 holes away from winning a tournament a 15-minute drive from his home.

Only 13 of the 73 players who made the cut shot below par Saturday. Nobody went low, and unless Berger starts making many mistakes, somebody is going to have to on Sunday in order to deny him a fifth PGA Tour victory.

Lowry had the day’s best round — and that was just 3 under.

“I’ve drove the ball in play and I’ve managed to putt pretty good,” Lowry said. “My putting felt pretty average at the start of the week. I found something as the week went on.”

He needs to find something more.

Or more specifically, hope that Berger misplaces something.

“Obviously you want to go out and catch him tomorrow, but I don’t think you can go and catch anyone on this golf course,” Lowry said. “You just need to do your thing and shoot the best score you can and hopefully it will be somewhere near good enough.”

Andrew Kozan, Curtis Thompson, Billy Horschel and Kevin Streelman all shot 68s on Saturday, though in all four cases, that simply meant just getting to even par for the week and nowhere near Berger.

There were hints that Berger might come back to the pack, starting from his first tee shot of the day when he pulled the ball into the left rough. The left rough awaited him on No. 4 as well, as did a greenside bunker on No. 7.

He saved par each time, and again on No. 10, when he two-putted from 65 feet to keep the card flawless. The only mistake came on the last, his lone bogey of the day.

Kirk was the closest for a while, just three shots back as he headed to the par-4 14th. But a trip into the trees led to a double-bogey, and Berger backed off his putt before coolly rolling in a 5-footer to save par yet again.

Armed with a five-shot lead, Berger went for it at the par-3 15th, the start of the three-hole stretch known as the “Bear Trap” that typically frowns on aggression. He went at the flag, kept the ball below the wind and watched it settle 7 feet from the hole.

The birdie putt was center-cut, getting him to 12 under – six shots ahead of the nearest challengers at that moment.

Kozan was perhaps the day’s biggest success story. He waited 12 hours to play four shots, then played 68 more shots in the next three hours or so.

Kozan stopped play on the par-5 18th fairway Friday night because of darkness, a wise move since he needed par to make the cut. After five hours of sleep, he was at the course by 5:40 a.m. Saturday to warm up and resumed play at 6:47. He used a couple short irons to get to the green from about 260 yards out, then two-putted for the par that allowed him to make his first PGA Tour cut.

“Nothing to lose,” Kozan said.

And quite a bit to gain.

Kozan’s biggest check as a pro so far is $29,333 for finishing second last year at the Korn Ferry Tour’s qualifying school. He could top that Sunday; anyone finishing alone in 43rd or better at the Honda is assured at least $30,000, and Kozan was tied for 19th.

Alex Fitzpatrick on his professional debut, his brother Matthew’s success and turning down LIV
Officials in Oregon oppose upcoming LIV event
ARE YOU a LAZY GOLFER driver set up MISTAKES to avoid
Padraig Harrington holds off a charging Steve Stricker to win the U.S. Senior Open
How to watch the 2022 John Deere Classic at TPC Deere Run