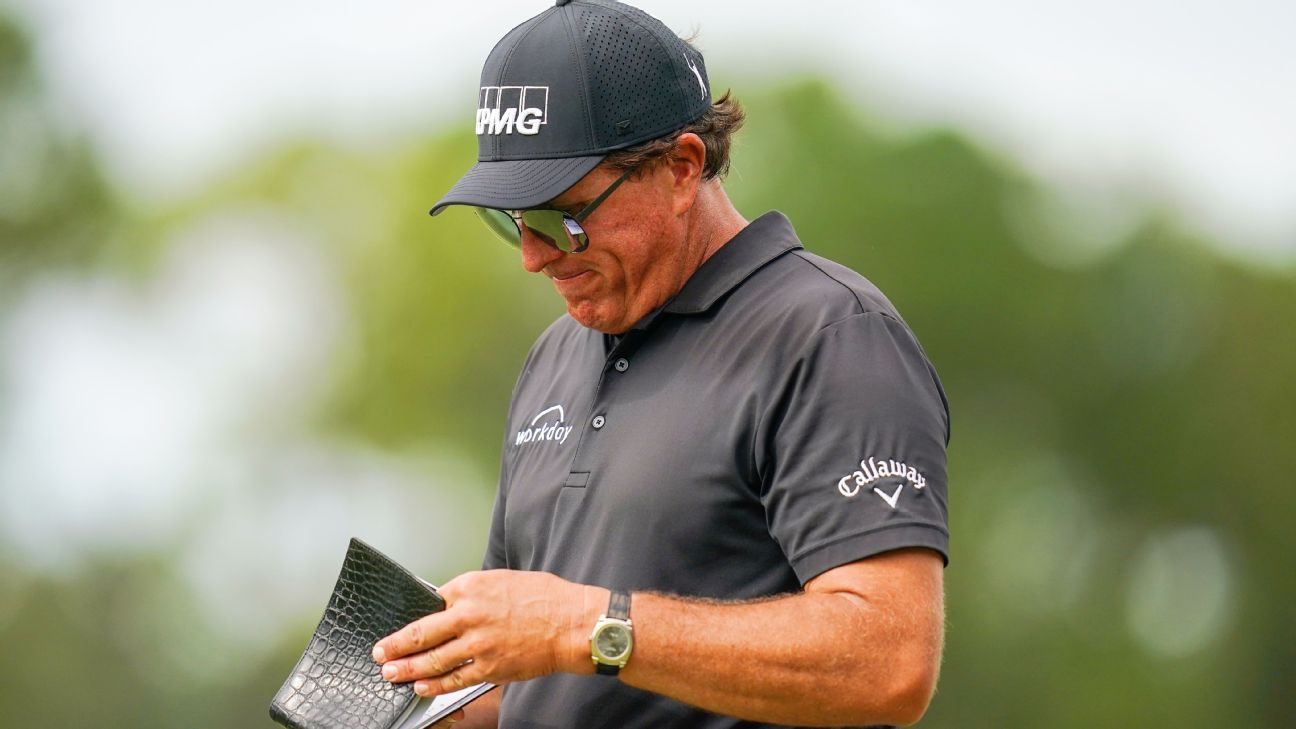 Callaway Golf paused its relationship with Phil Mickelson on Friday, becoming the fourth longtime sponsor to either end or halt its partnership with the six-time major champion after his controversial comments about the PGA Tour and organizers of a Saudi Arabia-backed breakaway league became public last week.

KPMG and Amstel Light announced earlier this week that they were ending their sponsorship with Mickelson. Workday did the same Friday, and Callaway later issued a statement regarding its stance.

“Callaway does not condone Phil Mickelson’s comments and we were very disappointed in his choice of words — they in no way reflect our values or what we stand for as a company,” it said. “Phil has apologized and we know he regrets how he handled recent events. We recognize his desire to take time away from the game and respect that decision. At this time we have agreed to pause our partnership & will re-evaluate our ongoing relationship at a later date.”

In 2017, Callaway and Mickelson had agreed to extend their relationship through the remainer of his playing career.

Author Alan Shipnuck released an excerpt from his upcoming unauthorized biography of Mickelson last week. In it, Mickelson described the Saudis as “scary” but said he was looking past their controversial history of human rights violations to gain leverage with the PGA Tour.

“Although it doesn’t look this way now given my recent comments, my actions throughout this process have always been with the best interests of golf, my peers, sponsors and fans,” Mickelson wrote. “There is the problem of off-the-record comments being shared out of context and without my consent, but the bigger issue is that I used words that do not reflect my true feelings or intentions.

“It was reckless, I offended people, and I am deeply sorry for my choice of words. I’m beyond disappointed and will make every effort to self-reflect and learn from this.”

He added that he was taking time away from golf “to prioritize the ones he loves most and to work on being the man he wants to be.”

“I have made a lot of mistakes in my life and many have been shared with the public,” Mickelson wrote as part of his statement. “My intent was never to hurt anyone and I’m sorry to the people I have negatively impacted. This has always been about supporting the players and I appreciate all the people who have given me the benefit of doubt.”