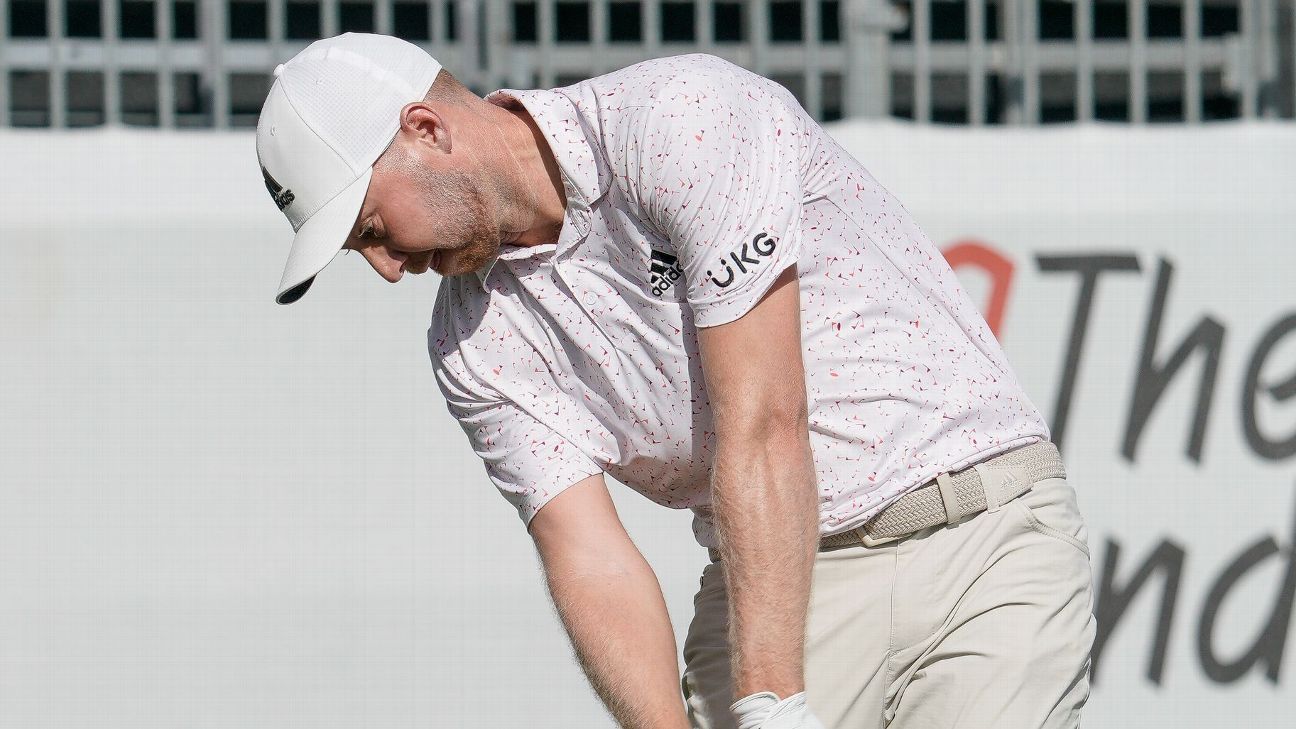 PALM BEACH GARDENS, Fla. — Daniel Berger no longer needs to answer questions about how his back is feeling. The scorecard is telling the story.

Berger — playing what amounts to a home tournament for him, with his residence a 15-minute drive away in Jupiter — had a 3-shot lead through two rounds of the Honda Classic, after a second consecutive round of 5-under 65 on Friday.

“You get your mom’s cooking, you get to sleep in your own bed,” Berger said. “It’s pretty comfortable.”

First-round leader Kurt Kitayama eagled the par-5 18th as darkness was closing in, finishing a round of 69 and ending the day tied for second at 7 under with Chris Kirk (68). Mark Hubbard (64) was another shot back at 6 under, as was Adam Svensson, who hit all 18 greens on his way to a 65 and finished with a par at 6:41 p.m., 22 minutes after sundown.

“This course is crazy,” Hubbard said. “There’s so much trouble. Anything can happen on any given hole, so you really cannot get ahead of yourself.”

Berger’s 10-under 130 tied the third-lowest score through 36 holes since the Honda moved to PGA National in 2007; Aaron Wise was 12 under through two rounds last year, Rory McIlroy was 11 under at the midway point in 2014 and Brendon de Jonge was 10 under that same year.

But Honda just seems to suit Berger; he has had a pair of top-five finishes here in six previous starts, including losing to Padraig Harrington in a Monday playoff in 2015.

“Every tournament I play in I want to win,” Berger said. “But it would be especially nice to win here having so many friends and family here with me this week.”

Berger had a five-birdie, zero-bogey opening round Thursday and was nearly as flawless Friday, with six birdies and a bogey. The only stroke he gave back was on the par-3 15th, his sixth hole of the day, when his tee ball landed in a bunker and he wound up missing a 15-foot par putt.

It’s Berger’s first 36-hole lead in a PGA Tour event since the Travelers Championship in August 2016. He is a four-time winner on tour, most recently at Pebble Beach in 2021.

But the back issues that flared up in recent weeks kept him from playing Pebble this year and defending that title. He played the Phoenix Open two weeks ago, testing his back and declaring afterward that he would be good to play at PGA National — a place where he played a ton of junior golf — and get a home week at the Honda.

“It took actually longer than I thought it was to feel better,” Berger said. “Six, seven years ago I felt like I could have broken my ankle and 10 days later I would have been fine. But I’m getting older now and even at 28 I don’t feel the way I used to feel, shockingly, but that’s thousands and thousands of golf swings later, so it’s just part of the job.”

Chase Seiffert (66) was in a group tied for sixth at 5 under. Seiffert was third at the Honda last year, missed making this year’s field by coming up short in a wild 16-for-1 playoff Tuesday, then got in anyway as first alternate when Tyler Duncan withdrew from the tournament.

“It was really a relief, a weight off my shoulders that I didn’t get through the playoff but was able to participate in the event,” Seiffert said.

Among notables, Brooks Koepka (72) is even par through two rounds. Joaquin Niemann, last week’s winner at Genesis who was 4 under at one point Thursday, went into the water on his finishing hole and missed the cut by 1 shot, his 73 leaving him 3 over.

He was the only player who didn’t finish the second round. Kozan was 2 over, right on the cut line, and was in the fairway on the par-5 18th about 250 yards from the green. He elected to not play his second shot because of the darkness and will resume Saturday at 6:50 a.m.

DIVOTS: Gov. Ron DeSantis presented Barbara Nicklaus with the Florida Medal of Freedom, in recognition of the charitable work she and husband Jack Nicklaus have done for decades. … Patrick Reed was 10 over on his last 10 holes. He shot 79 and finished 9 over. … John Huh‘s round of 65 — which moved him from 86th into the top 10 — was fueled by five consecutive birdies, matching the second-longest streak ever at the Honda. Fred Couples made six in a row in 1985, when the event was at Eagle Trace and Curtis Strange‘s first-place check was $90,000. This year’s Honda winner gets $1.44 million. … Louis Oosthuizen, the highest-ranked player in the field at No. 13 in the world, rallied for a 65 — 10 shots better than his opening round — and got to even-par 140.