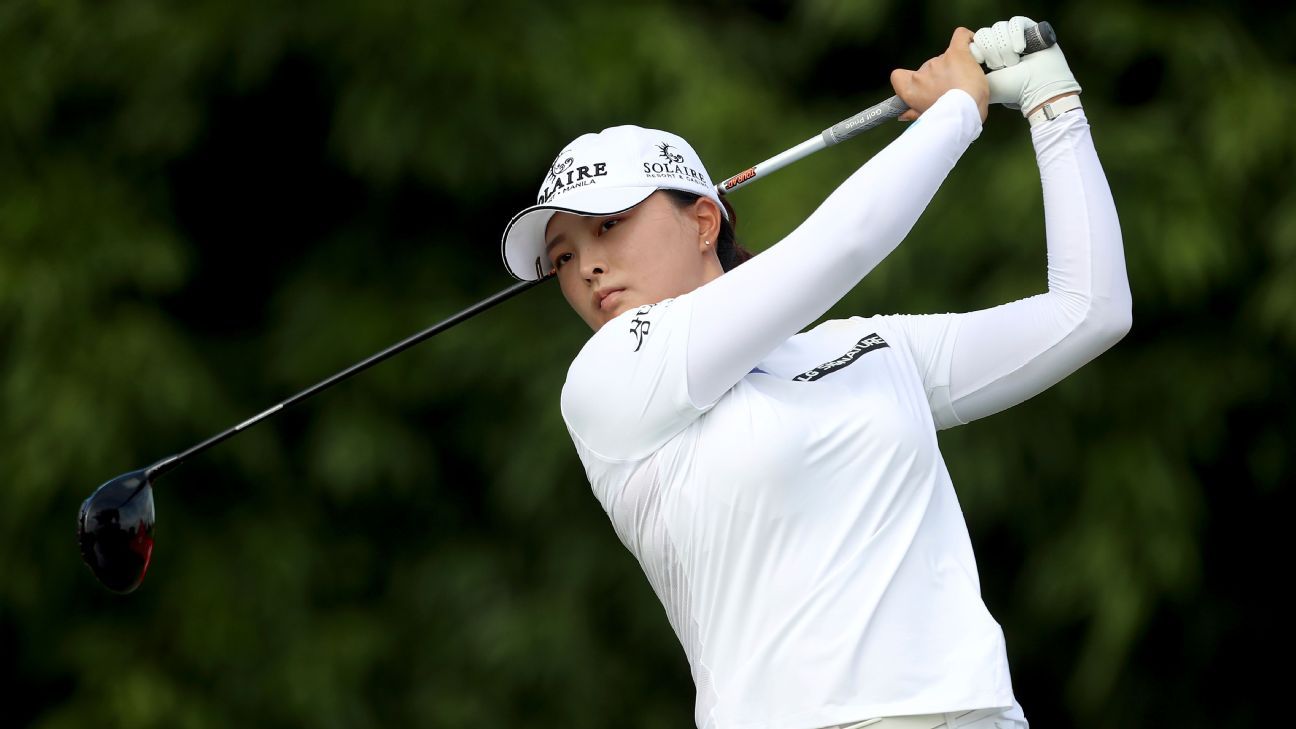 SINGAPORE — Top-ranked Jin Young Ko moved into a tie for the lead at the HSBC Women’s World Championship on Friday in only her second round since returning from a three-month break from the LPGA Tour.

“I was hitting the ball very solid today and also putted well. But I was more aware of how to prepare for each shot than, you know, what outcome would come,” Yang said. “And I think I did manage well today.”

Brooke Henderson, Meghan Kang and Atthaya Thitikul were tied for third after each shooting 68s, two strokes behind.

“It was a good day … I felt like I hit it really well and I gave myself some good birdie looks,” Henderson said. “It was nice to cash in, I guess, on five birdies, and unfortunately one bogey.”

Thitikul said she was looking forward to the weekend.

“I will say I think my game is fine,” she said. “Just trying to give myself a lot of chances to make it and then just, like, commit to it.”

Fourth-ranked Danielle Kang (71) was three strokes behind. She’s tied for 10th and had only one ball left in her bag after a difficult round.

“I kept hitting a lot of golf balls in the hazard today. I only have one golf ball left,” Kang said. “But I saved pars from the fairway with a 5-wood and a wedge. I also 4-putted today … I’m far from where I want to be right now still. But I kept myself in it, which is the main goal.”

Patty Tavatanakit, who led by a stroke after the first round, shot 74 and was five strokes behind.