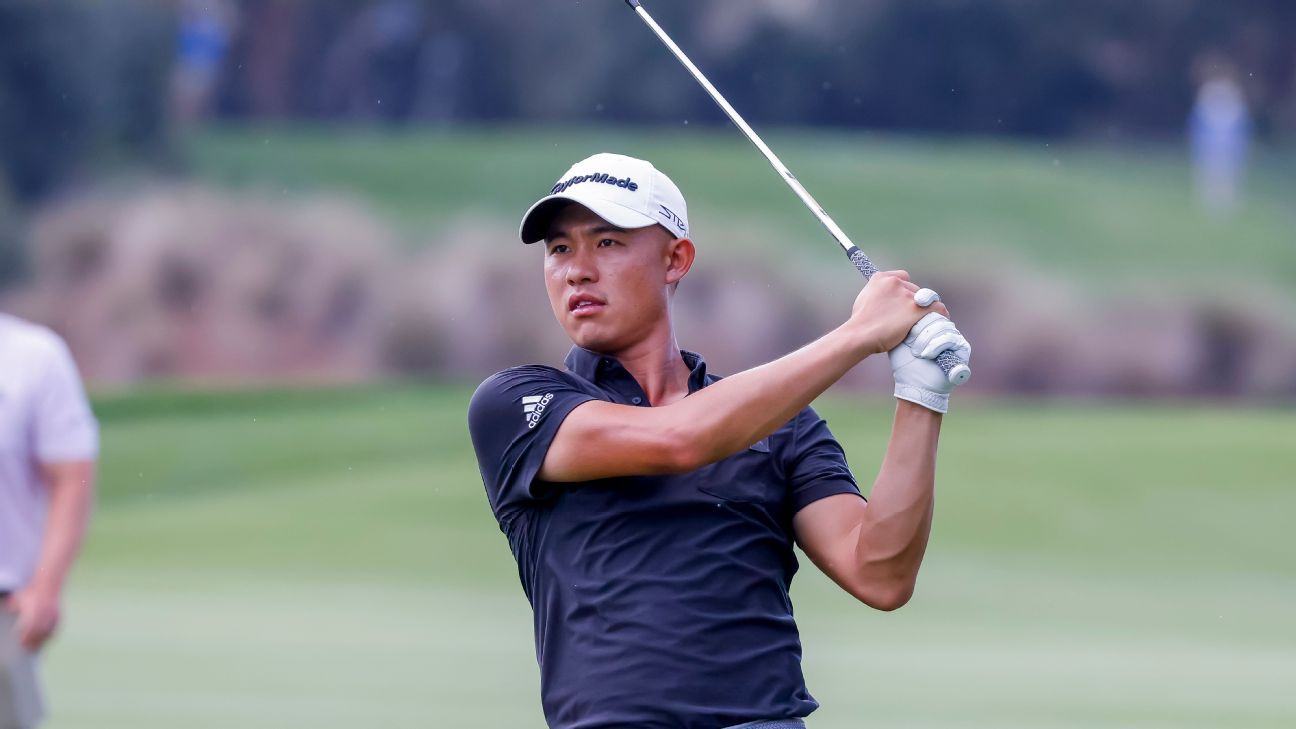 The 2022 Players Championship at TPC Sawgrass in Ponte Vedra Beach, Florida, tees off Thursday with one of the best fields of the year. The tournament will include almost all of the top 50 players in the world, including No. 1 Jon Rahm and No. 2 Collin Morikawa. Rahm is the favorite at 12-1, while Morikawa and defending champion Justin Thomas are next at 14-1.

Which players are the favorites this time around? Who offers good odds? And what props are worthwhile?

Morikawa has top-5 finishes in all three of his U.S. starts this season. He is 12th in driving accuracy, fourth in shots gained on approach and is fourth in putting since switching to a “saw” putting grip. Morikawa also ranks first in par-4 scoring, fourth in par-5 scoring and 11th in scrambling. He has it all!

We will lead off one of the hardest golf events to handicap with what we do know: Morikawa is one of the best ball strikers on tour, one of the most consistent players on tour and is always in the mix at big events. Morikawa, who is making only his second appearance at TPC Sawgrass, leads the tour in shots gained total, is sixth on tee to green, fourth on approach and eighth off the tee. He is also fourth in putting, which is a huge improvement from finishing 178th and 128th the past two years, respectively. He has teed it up five times in the 2021-22 wraparound PGA Tour season and finished no worse than T-7. He won in Dubai. That includes a runner-up finish at the Genesis Invitational in L.A. a few weeks ago vs. a stacked field. In the past 19 months, Morikawa has won the PGA Championship, Open Championship and WGC-Workday Championship and finished fourth in the U.S. Open. Why not the “fifth major” too?

There’s some scar tissue to deal with after Sunday’s debacle at the Honda, but the Florida native is healthy physically, and after an opening-round 74 last year, he grinded his way to a T-9 finish at Sawgrass. This course produces a variety of winning styles, and Berger, who is fifth on tour in strokes gained tee to green, checks a lot of boxes.

He hasn’t played much in the U.S. since his win in Kapalua, but his putter and iron play give him a chance anywhere. He struggled in his first two trips here but finished T-17th a year ago. If it’s windy, he also wouldn’t be affected as badly as many others in the field.

Since The Players Championship doesn’t fit one style of golfer, you should look at a player who’s just good at everything. Doesn’t have to be great. Im already has a win this season and the stats point to him being good at what will matter this week. He is 17th in greens in regulation, 10th in strokes gained tee to green and ninth in strokes gained total, which wouldn’t be ultra impressive if not for the fact that he plays so much golf.

Fitzpatrick finished T-9 last week at Bay Hill, cashing us a +300 top-10 ticket. That’s three consecutive top-10s for Fitzpatrick, who collected a T-6 at Pebble and T-10 at the WM Phoenix Open. He had to pull out of the Genesis with a stomach bug, but he bounced back last week to be in contention at Bay Hill before a late fade on Sunday. He’s second in shots gained total behind Morikawa, is seventh tee to green and fourth in putting. Besides the top-10s in his last three PGA Tour events, Fitzpatrick also finished runner-up in Dubai in November to Morikawa and won the Andalucía Masters in October. He has seven wins overseas, and with 13 top-10s on the PGA Tour over the past two and a half seasons, he is primed for his maiden win here against a tough field. He finished T-9 here last year after entering the weekend in second place following a 68-68 start. Pay attention to the weather and tee times, as Fitzpatrick would be a good contender for first-round leader (which we hit last week with Rory McIlroy) if on the right side of the weather.

Conners didn’t have a single round over par last year en route to a T-7 finish. He also fired a 66 and 68, so he definitely has the ability to go low here. He should come in confident, as he avoided some of the poor play at Bay Hill, where he finished T-11. He’s a consistent driver of the ball, which should take a few big numbers out of play. It was this time last year where his game got hot, and I wouldn’t be surprised at all to see a repeat in 2022.

Conners finished T-11 at Bay Hill last week. A 72-73 start to the week left him a lot of ground to make up, but a T-11 at Arnie’s place is nothing to sneeze at. He’s one of the better ball strikers in the game, and as you can see with the Morikawa and Fitzpatrick picks above, we are loading up on the players who take care of the ball this week at Sawgrass. Conners is one of the better hitters off the tee (fifth in strokes gained off the tee) and is 16th on tour tee to green. He’s the type of player who knows where to place the ball on a course that has water trouble everywhere you look. Plus, he finished seventh here last year with four rounds at par or better. If he avoids the penalties and big numbers, he can be right there on Sunday.

It’s a difficult thing to ask someone to take three straight defeats in golf, but if there’s a person who can handle it, it’s a guy who has won the U.S. Open. Woodland finished T-5 at the Honda and followed it up with a T-5 last week at the Arnold Palmer. Both courses were brutal tests over the weekends. Looking at the forecast for this week, Woodland’s calm and chill demeanor will serve him well when the beatdowns start getting handed out by TPC Sawgrass.

Golf is all about watching player trends. Something clicks, and no matter how bad the weather gets, they figure it out. Stanley had missed five cuts in a row, yet went to Puerto Rico in horrific conditions and shot 71-69-69-69! While he didn’t win, it’s obvious something clicked. Now he comes to a place where that smooth, steady consistency will pay off when the weather gets wacky, which it is forecast to do starting Thursday evening.

Matsuyama comes into The Players hot off his final round at Bay Hill, where he shot a 70 on Sunday. He has two wins this season, two top 10s and he has two top 10s on this track. His iron play from 125 to 150 yards out is on point, and it will be needed with the horrible weather conditions expected throughout the week.

Fitzpatrick is another golfer who checks all the boxes, with solid numbers on strokes gained on approach, driving accuracy, par-5 scoring, scrambling and putting. He finished T-9 at Bay Hill, which was no easy task. He ranks second in total strokes gained this season and will be in his element grinding it out in unfavorable weather conditions.

Access 4,300+ hours of live coverage from 35 PGA TOUR tournaments each year, including 4 days of coverage at 28 events with four feeds each day. Plus, access replays, originals and more. Stream on ESPN+

Outside of Sergio Garcia, who you will hardly ever see me pick in this column, no one has been more consistent at TPC Sawgrass than Scott. The Aussie has made the cut in 16 of 19 appearances, including each of the past nine, has four top-10s, a T-12 or better in four of his past five appearances and a win back in 2004. The Players event is one that does not have a lot of year-to-year consistency, with no back-to-back champions ever and golfers missing the cut before and after they win (i.e. McIlroy 2018 to 2021). But Scott bucks that trend, consistently contending at Sawgrass. He recorded a T-4 at the Genesis three weeks ago and has made the cut in all eight events this season. Something to keep an eye on: his highest first-round score this season is a 70, as he has broken par in every first round in the seven tour events. His first-round average of 68.1 is eighth.

Berger is a Floridian who plays well on this southeast swing. He has two top-10 finishes on this track and will be looking to redeem himself after a missed opportunity at the Honda. He ranks first in scrambling and will need it this week.

Lowry finished at the Honda, so we know his game is on point. He finished top 10 here last year, and with the winds expected to be a factor this week, I’ll take the Irishman who is comfortable in wind, rain and cold weather.

His metrics aren’t too good and he won’t be on many lists to win the event, but he is the only one in the field with top 10s in each of the past two The Players’ events (2019, 2021). Those two events were after they moved the event back to March from May. Harman is first in strokes gained total, in short game and putting over those eight rounds and is paying 3.5 times our money for a top-20 finish. This is an event where anything can happen, so he could be a good leg for your DFS team as well.

Gooch finished T-7 last week at Bay Hill. He struggled on the greens, but his strokes gained on approach (over 6) in the tournament was impressive. He can keep his drives in the fairway, and that will be key this week.

Conners is one of the best ball strikers on tour, and his putter is producing for him this season. He finished T-11 at Bay Hill, and his iron play will be an advantage in the wind and rain.

Noren is having a good season and has two top-six finishes in his past three starts. He also has two top 20s at The Players. His game has looked solid this season and will set up nicely at TPC Sawgrass.

Ancer loves to get off to a fast start and has shot no worse than a 69 his past four opening rounds at The Players. He can go low at any time; let’s bank on it Thursday.

Knox’s metrics check a lot of boxes (strokes gained on approach, driving accuracy, par-4 scoring) of what it takes to win on this track. He has been a top-40 player this season.

Collins: While an ace is unlikely on the third and eighth holes at TPC Sawgrass, the action is furious on the 13th when they use the back left hole location and on the front left hole location at the famous 17th. Knowing the course will probably be a little soft because of rain means an even better chance of lightning striking on those holes.