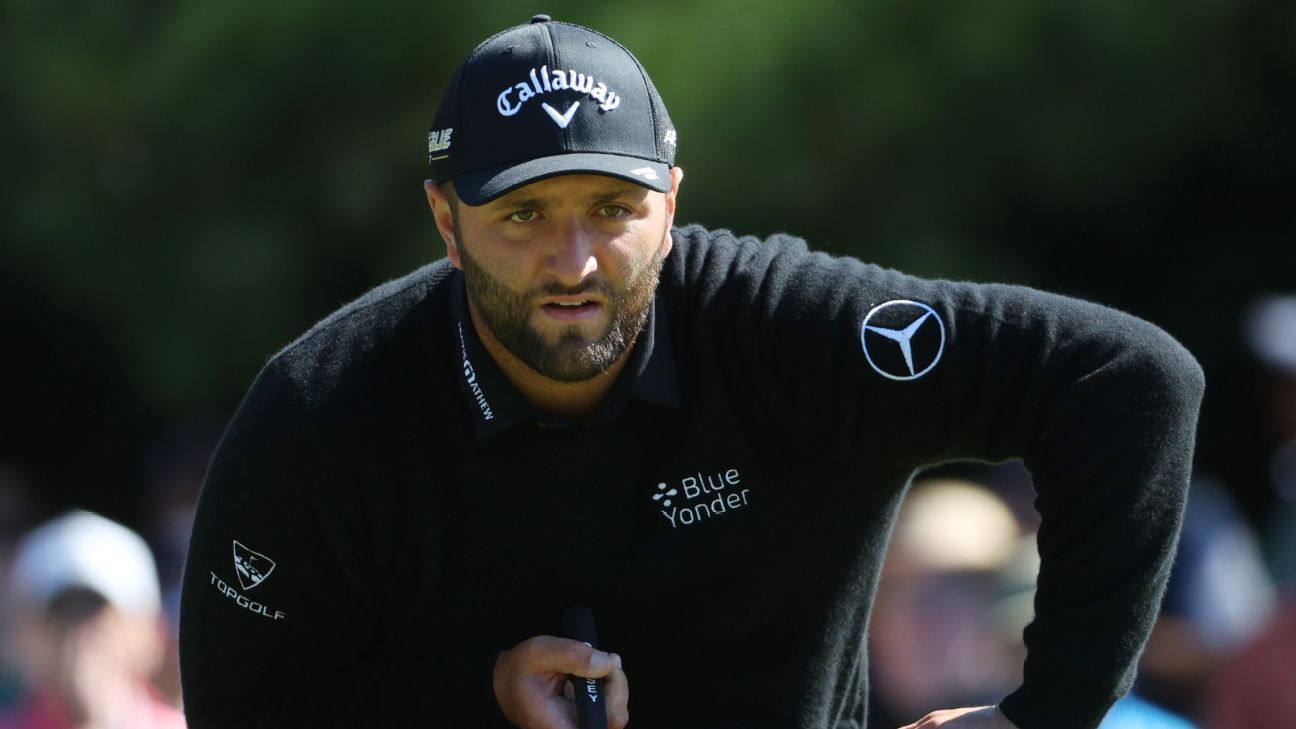 The PGA Tour heads to Muirfield Village golf club in Dublin, Ohio for the 2022 Memorial Tournament starting on Thursday. The field will feature 120 golfers on a course designed by 18-time major champion Jack Nicklaus.

Which players are the favorites this time around? Who offers good odds? And what props are worthwhile?

I rarely pick the favorite to win an event with 120 golfers because there isn’t a lot of value in that, except… when Jon Rahm plays the Memorial. His numbers are just so obscenely good that if you just play Rahm this weekend, you’ll be in good shape. He won here by 3 shots in 2020 and then followed it up by taking a 6-shot lead after 54 holes in 2021 before he was forced to withdraw after testing positive for COVID-19. He responded by winning the U.S. Open two weeks later. Rahm snapped his drought this year by winning the Mexico Open in his last event and he leads the Tour in SG: Off-the-Tee, an important metric on this course. According to Fantasy National, Rahm gained 38 strokes on the field over those seven rounds played, which are Tiger Woods-like numbers. Woods was an auto play at courses like Torrey Pines, API and Bridgestone and Rahm is the same here at Muirfield Village.

Reed hasn’t had the best of years, with no Top-25 finishes in 2022 until this past weekend’s T-7 in Fort Worth. It could not have come at a better time for Reed as he moves on to one of his favorite courses at Muirfield Village. Reed is a perfect 6-for-6 making the cut here, including 3 top-10 finishes, going T-10 and 5th the past two years. It doesn’t make sense to look at his metrics as they match his bad season results, but Reed has always been great around and on the greens, both which are important for this week. He also has improved greatly over the past two events on approach, finishing 9th in the metric at PGA Championship and 15th this past week at Charles Schwab. Reed is 50-1 for a reason, but there is value here as he is coming off his best performance of the season and going to a familiar course.

Cantlay showed why he can be the best golfer in the world last year, winning four big-time events. He has been a complete no-show at majors but this is a course he plays extremely well at, winning in 2019 and 2021. Because of his poor play at both majors, many think he is having a “down year”. He still won at the team event in New Orleans and finished 2nd at the RBC and Phoenix events. While he might not be the Cantlay of 2021, I wouldn’t be surprised if he is right up there behind Rahm. I would tread cautiously, but Cantlay tends to show up at big non-major events.

Access 4,300-plus hours of live coverage from 35 PGA Tour tournaments each year, including four days of coverage at 28 events with four feeds each day. Plus, access replays, originals and more. Stream on ESPN+

Schauffele’s game has been on point as of late, after a rough start to the season. He is driving the ball better and driving accuracy is a must to win at Muirfield Village. He also ranks in the top 10 in greens in regulation, where 15 of the last 25 winners ranked in the top 7, and is top 20 in scrambling. Schauffele has finished in the top 15 in his last 3 starts at The Memorial and this could be the year he gets into the top 10.

Zalatoris had a T-5, T-6, T-4, missed cut, second and a missed cut in his past seven events. If he makes the cut, he will contend but he hasn’t played at Muirfield Village since missing the cut in 2018, so I don’t have him on my outrights card. However, it is hard to ignore the No. 1 tee-to-green player on the planet. He’s ranks 3rd on approach, 10th off-the-tee and 14th total. It all comes down to how Zalatoris does putting. If he can be average over the first three days, I expect him to be in one of the final pairings on Sunday.

Fitzpatrick finished third here in 2020, and is having a great season. He is sporting six top 10s, two top 5s.ranks 5th in strokes gained tee-to-green and third in scrambling.

Lowry has been prop bettor’s dream, finishing in the top 20 in six of the last seven stroke play events. I had him at both majors and The Players, so I am all-in on the Lowry bus. His metrics line up here, being 8th in SG: approach and 6th overall. If he can handle the scrambling or bypass it altogether by hitting more greens, he may win one of these one day.

Lowry played well here last year, finishing T-6. He has also been playing well as of late, especially in poor weather conditions. His flatstick has been hot, ranking 11th in putting and 1st in scrambling.

Knox is a sneaky good play this week, after finishing in the top 15 at the Charles Schwab last week. 13 of the last 20 winners ranked in the top 11 in driving accuracy and Knox ranks 11th. He also ranks 24th in SG: Approach the Green, and 32nd in SG: Tee-to-Green — which should help keep him in the top 40.

Wu, Im tied for lead at storm-delayed Wyndham
262 to 320 ON THE GOLF COURSE TEST impossible improvements
I was SO close to a hole in one on camera! #Break75 S2E7
Zalatoris cuts ties with caddie after second round
A statement by a LIV Golf lawyer raised questions about LIV’s prize money