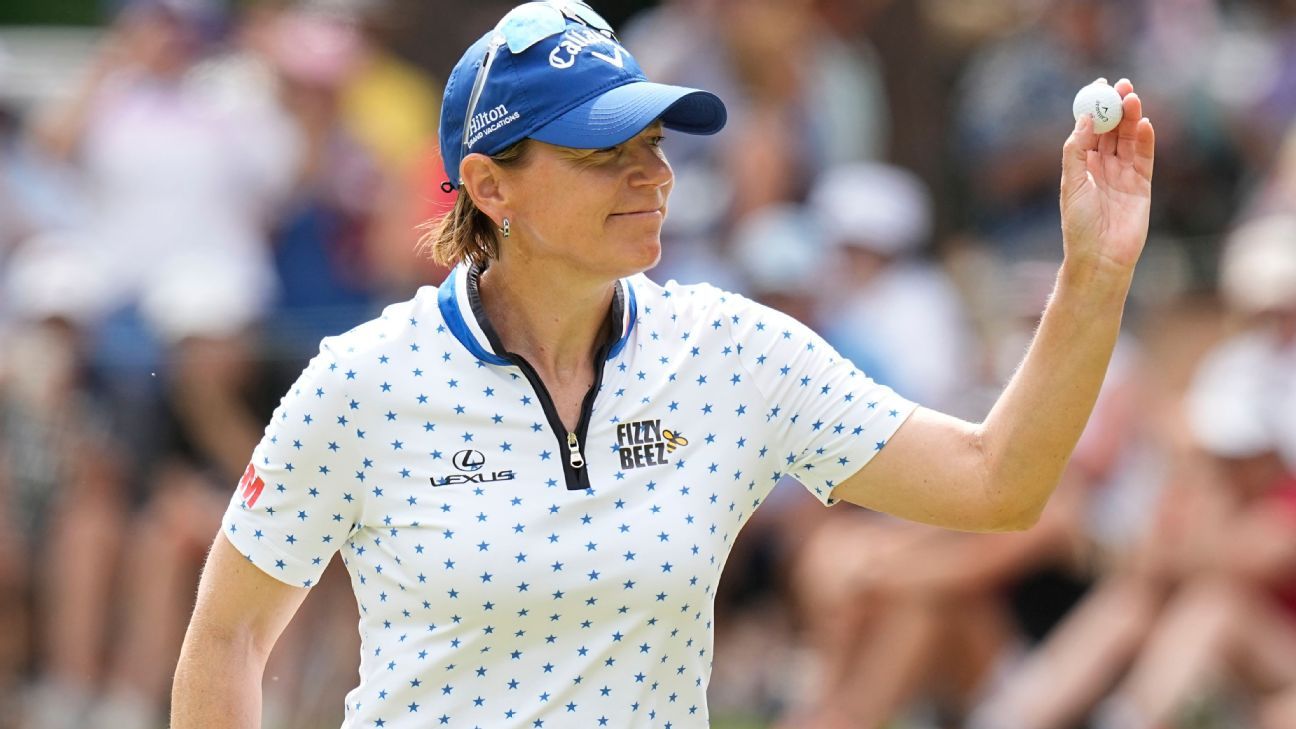 SOUTHERN PINES, N.C. — Three-time champion Annika Sorenstam missed the cut at this year’s U.S. Women’s Open after shooting a second-round 81 on Friday and finishing 13 over for the tournament at Pine Needles.

With her husband, Mike McGee, caddying for her and their youngest son, William, walking alongside them, Sorenstam made par on the final hole of the day to an ovation from the fans that remained during what was a rainy afternoon session.

“Obviously, I’m disappointed,” Sorenstam said after the round. “I think I said, coming in here, that I felt good about [my game], so just not really sure what happened today.”

The 51-year-old Sorenstam retired from the LPGA Tour in 2008, but made a comeback on the senior tour in October 2020 after turning 50. In 2021, she won the U.S. Senior Women’s Open by eight shots, which qualified her for this week’s major.

Pine Needles is a familiar site for Sorenstam, who won her second U.S. Women’s Open here in 1996.

“It’s been a good week [at Pine Needles], with disappointing results,” Sorenstam said. “I really fought hard on the back nine even though the results don’t show it … Maybe [the walk on 18] could have been more nostalgic in a way.”

Despite the result, Sorenstam stayed after her round and signed numerous autographs and took several pictures with fans and groundscrew alike. She said her family plans on staying at Pine Needles through the weekend before it flies to her native Sweden where she will pick her clubs back up and play in the Scandinavian Mixed tournament that she hosts.

“Hopefully a few days of practice here and there,” Sorenstam said. “Maybe it will turn and I can compete next week.”