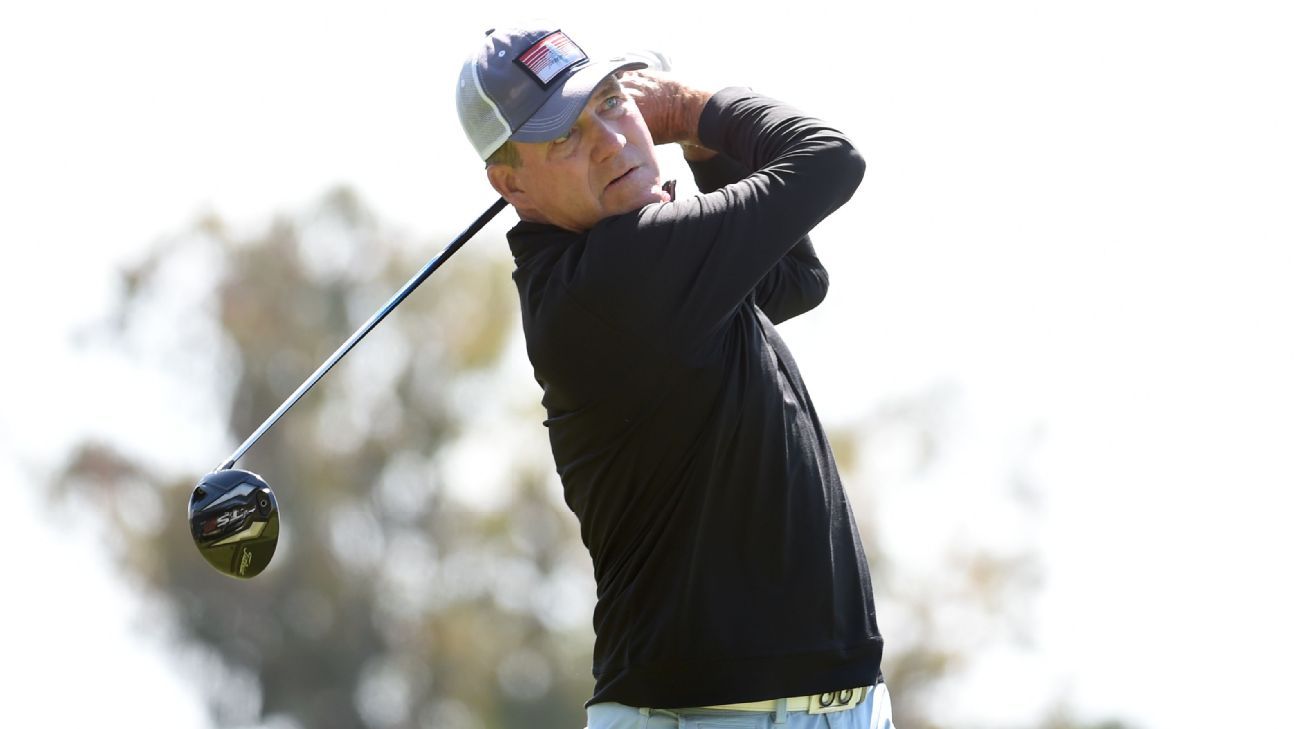 POWELL, Ohio — Fran Quinn last played the U.S. Open eight years ago with his teenage son as his caddie. He thought they might have a moment even more special on Monday as both of them tried to get through the final stage of qualifying.

Only one of them made it. Quinn, the 57-year-old who played his first U.S. Open at Pebble Beach in 1992 the year Tom Kite won, advanced in an 8-for-3 playoff in Purchase, New York. This came after Quinn failed to make it through qualifying for the U.S. Senior Open.

Owen Quinn, one shot behind his father after the first 18 holes, stumbled to a 74 and missed by six shots.

“My son was trying and I was like, ‘Hey, come on, let’s both try to get in the Open.’ He had a great opening round. I was fortunate to sneak in,” Quinn said. “I’m sure he’s going to have an opportunity to play in a bunch of these.”

It was part of a long day of 36-hole final qualifying from California and Oregon across Ohio and from New York down to Florida. Up for grabs were 49 spots to fill the 156-man field for The Country Club on June 16-19 in Brookline, Massachusetts.

Rickie Fowler went home to Florida to see if that could change his fortunes. He missed out for the second straight year, one shot behind. The Florida qualifier had to finish on Tuesday, and Fowler at least had a chance to get an alternate spot through a playoff.

Among the qualifiers out of Florida was Sean Jacklin, the son of former U.S. Open and British Open champion Tony Jacklin.

As usual, weather played a big role and the largest qualifier in Ohio went through two storm delays and rushed to finish in darkness. That was filled with mostly PGA Tour players who had just finished the Memorial, and two players turned their fortunes.

Davis Riley was poised for a top finish at the Memorial that might have been enough to crack the top 60 in the world ranking and make him exempt. He shot 75 and tied for 13th. And then the promising PGA Tour rookie had rounds of 69-63 and was among the leading qualifiers for the 13 available spots.

Hawaii-born Chan Kim finished the Memorial with an 83. His next round at Wedgewood was a 62, and he followed with a 69 at Kinsale to qualify for his fourth straight U.S. Open. He played the final hole in the dark, finishing with a birdie.

“I didn’t want to make the longest day in golf even longer,” Kim said.

Joining them will be Texas A&M senior Sam Bennett, who had a scare getting into his first U.S. Open. He was in good shape until the par-3 17th at Kinsale, 200 yards over water and into the wind. The horn to stop play sounded in the middle of his swing, and he put it in the water.

He returned to the tee after the delay, missed the green and scrambled for double bogey, then steadied himself at the end for a 66 and was safely inside the top 13.

Five players had to return Tuesday morning for a playoff for the final spot.

The second site in Ohio at Springfield Country Club offered eight spots and a degree of familiarity. Brian Stuard, who missed the cut in his last three PGA Tour events, shared medalist honors. It was seventh time in nine tries at Springfield that he made it to the U.S. Open.

Danny Woodhead, the former NFL running back, went 77-73 at the qualifier in Springfield, to finish at 10 over, missing one of the eight spots awarded there by 14 shots.

• Three-time PGA Tour winner Jonas Blixt led three qualifiers at Rattlesnake Point Golf Club in Canada. Blixt returns to the U.S. Open for only the second time and first since Pinehurst No. 2 in 2014. The other qualifiers were Callum Tarren of England and Satoshi Kodaira of Japan.

• Oklahoma senior Chris Gotterup won the Jack Nicklaus Award as the top NCAA player. He couldn’t be in Ohio on Sunday to receive the award from Nicklaus because of U.S. Open qualifying. He shared medalist honors in New York.

• Joseph Bramlett, trying to return from back surgery that slowed his career, led four qualifiers in Maryland that included Kevin Chappell.

• Matt Mccarty was among those who made it through 18-hole local and 36-hole sectional qualifying to reach the U.S. Open, winning a playoff over two-time PGA Tour winner Patton Kizzire for the last of four spots in Georgia.

Information from the Associated Press was used in this report.