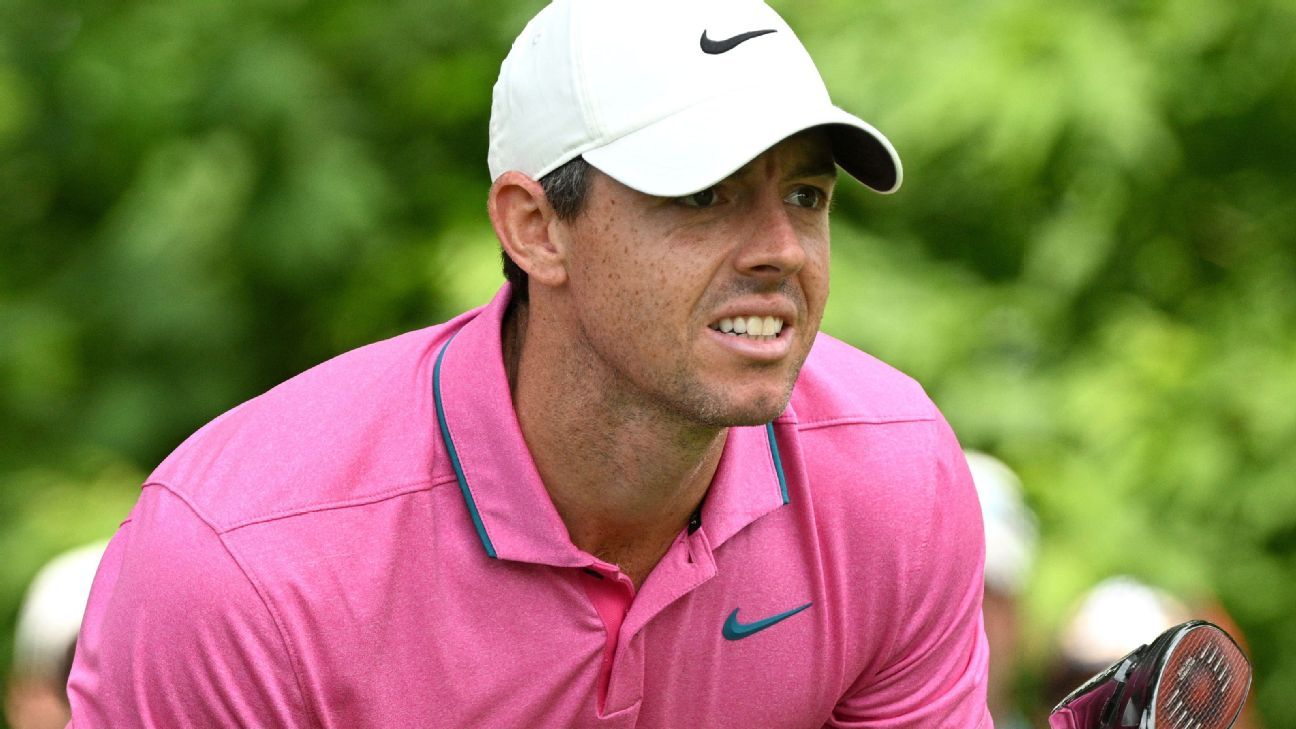 TORONTO — Rory McIlroy won the RBC Canadian Open on Sunday, closing with an 8-under 62 to win a wild race to the finish with Justin Thomas and Tony Finau.

McIlroy had his first title defense on the PGA Tour, even if he had to wait for it. He won golf’s fourth-oldest national open in 2019 at Hamilton Golf & Country Club, only for the COVID-19 pandemic to cancel the next two editions.

Thomas pushed him to the end at St. George’s Golf & Country Club, and the tournament effectively ended on the 17th hole. McIlroy and Thomas were tied and in the rough. McIlroy hit a wedge that rolled out to tap-in range, while Thomas missed a 10-foot par putt, a 2-shot swing. Thomas closed with a pair of bogeys and still shot 64. McIlroy finished at 19-under 261 for a 2-stroke victory.

Finau holed a 40-foot birdie putt on the 18th for a 64 to finish second alone. Thomas was third at 14 under. Justin Rose matched the tournament and course records with a 60 — with three eagles and three bogeys — to tie for fourth with Sam Burns (65) at 14 under.

“This is a day I’ll remember for a long, long time,” McIlroy said.

Corey Conners was the top Canadian player, shooting a 62 to finish sixth at 12 under.