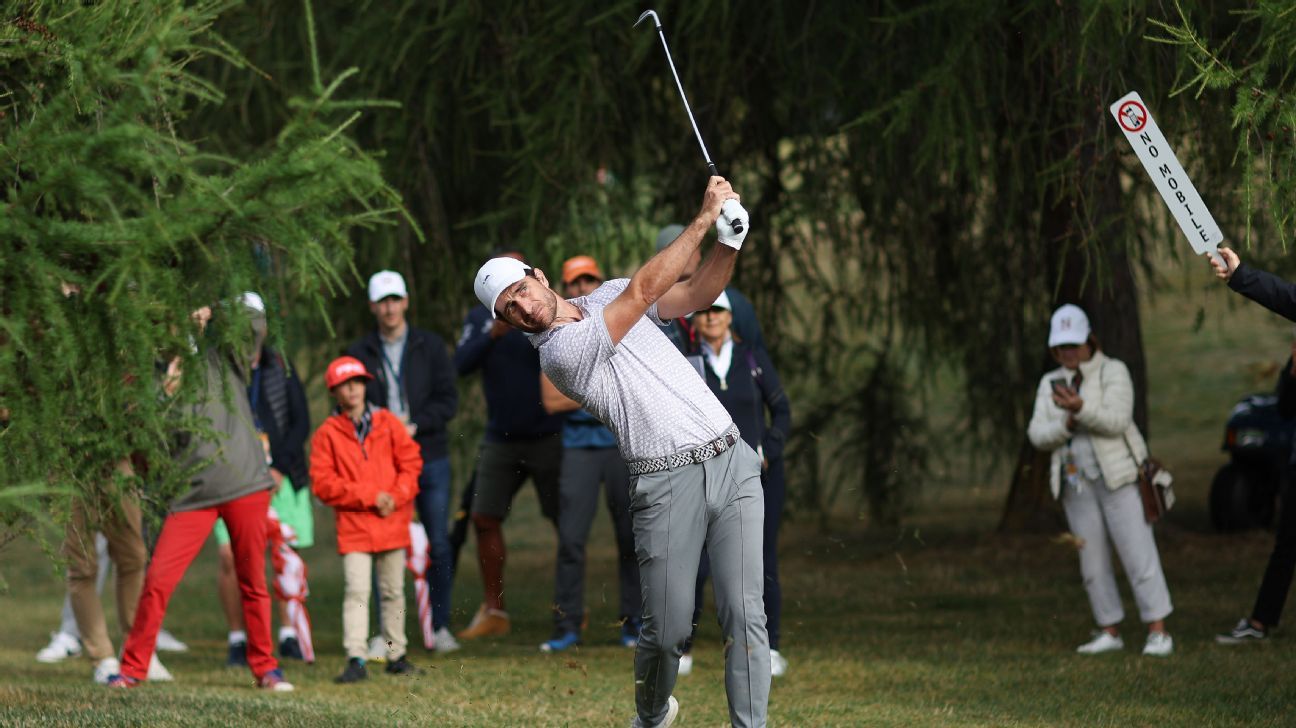 Thriston Lawrence and Alejandro Canizares stayed in a share of the lead at 13 under on a weather-affected day at the European Masters where neither could complete their second round on Friday.

Lawrence and Canizares were both shooting 5 under for the day after 14 and 13 holes, respectively, when play ended around 8pm local time in darkness in the Swiss Alps. Neither started their round when play was suspended soon after 1pm for about three hours due to approaching electric storms.

The second round was due to resume on Saturday at 7:40am with some players still having nine holes to complete.

Back-to-back rounds of 65 left Nacho Elvira and Marcel Siem as clubhouse leaders on 10-under 130.

Three players were a shot further back on 9 under. Scott Jamieson (67) and Richard Mansell (64) completed their rounds while Louis De Jager was 3 under for the day with six holes left to play.

Defending champion Rasmus Hojgaard was six shots off the lead at 2 under after 14 holes of his second round.

LIV Golf’s 2023 schedule includes former PGA Tour stops, Trump sites and season-ending Saudi Arabia event
Rahm struggles with 73, well back at Farmers
McIlroy leads by 3 ahead of final day in Dubai
Rahm surges at Torrey Pines, within 2 of Ryder
The Farmers Open will have another Saturday finish, and Justin Thomas jokingly makes the case for more short weeks