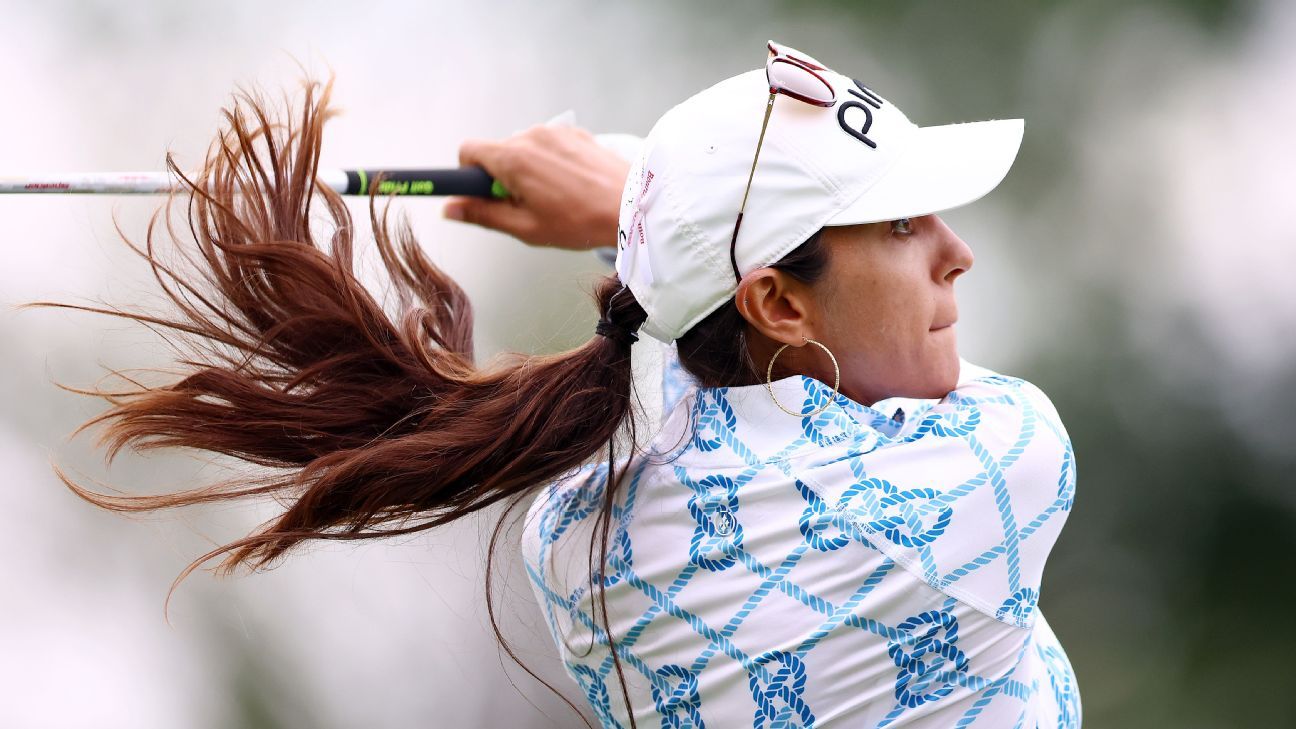 OTTAWA, Ontario — Paula Reto shot a course-record 9-under 62 on Thursday at Ottawa Hunt and Golf Club to take a 2-stroke lead in the Canadian Pacific Women’s Open.

“It’s not something I’m familiar with,” Reto said about the low score.

Winless on the LPGA Tour, the 32-year-old South African opened with a 6-under 29 on the back nine and added three birdies on the front nine, the last on the par-5 ninth. She birdied all four par-5 holes.

“It was a good putting day,” Reto said. “A lot of putts went in, and that kind of makes the round easier. Seeing my lines and the speed was pretty good, so made it a lot easier. I was like, ‘Just get on the green.'”

Reto broke the course mark of 63 set by Canadian star Brooke Henderson in the third round of the 2017 tournament.

“I didn’t know it was the course record, so kind of finding out after my round takes the pressure off,” Reto said. “So I’m happy about it. You know, I’m hoping to do some more good rounds coming here.”

Narin An of South Korea was second after a bogey-free 64.

Alena Sharp and Maddie Szeryk were the top Canadians at 67. Nelly and Jessica Korda also were at 67 in a group that included Jennifer Kupcho, Danielle Kang, 2006 winner Cristie Kerr and 2016 champion Ariya Jutanugarn.

Nelly Korda is coming off her first win of the year in the Aramco Series on the Ladies European Tour where she rallied from 7 shots behind against sister Jessica.

“The greens are definitely really tricky,” Nelly Korda said. “They’re hard to read and kind of like in a sense a little too fast for the grass, where you feel like you’re putting on glass.”

Top-ranked Jin Young Ko, the winner at Magna outside Toronto in 2019 when the event was last played, shot a 68.

Canadian amateur Lauren Zaretsky had a hole-in-one on the par-3 fifth in her 68. The 18-year-old is set to start college Monday at Texas Tech.

“My reaction was pretty calm,” Zaretsky said. “I’m surprised. I haven’t had a hole-in-one since 2016 and actually made a joke before this tournament that maybe I’ll have a hole-in-one on live TV.”

Henderson, the 2018 winner at Wascana in Regina, Saskatchewan, closed with a bogey on the par-5 ninth for a 69. She’s from Smiths Falls, south of Ottawa.

“It’s the thing with this course,” Henderson said. “When you hit it in bad spots you really pay the price.”

Trevor Immelman has big seat to fill in making his debut as CBS’s lead golf analyst
McIlroy vs. Reed in Dubai, Max Homa’s rise and more from the PGA Tour
Rahm surges at Torrey Pines, within 2 of Ryder
An American amateur and Stanford junior, Michael Thorbjornsen, tied for the lead at Hero Dubai Desert Classic
McIlroy leads by 3 ahead of final day in Dubai