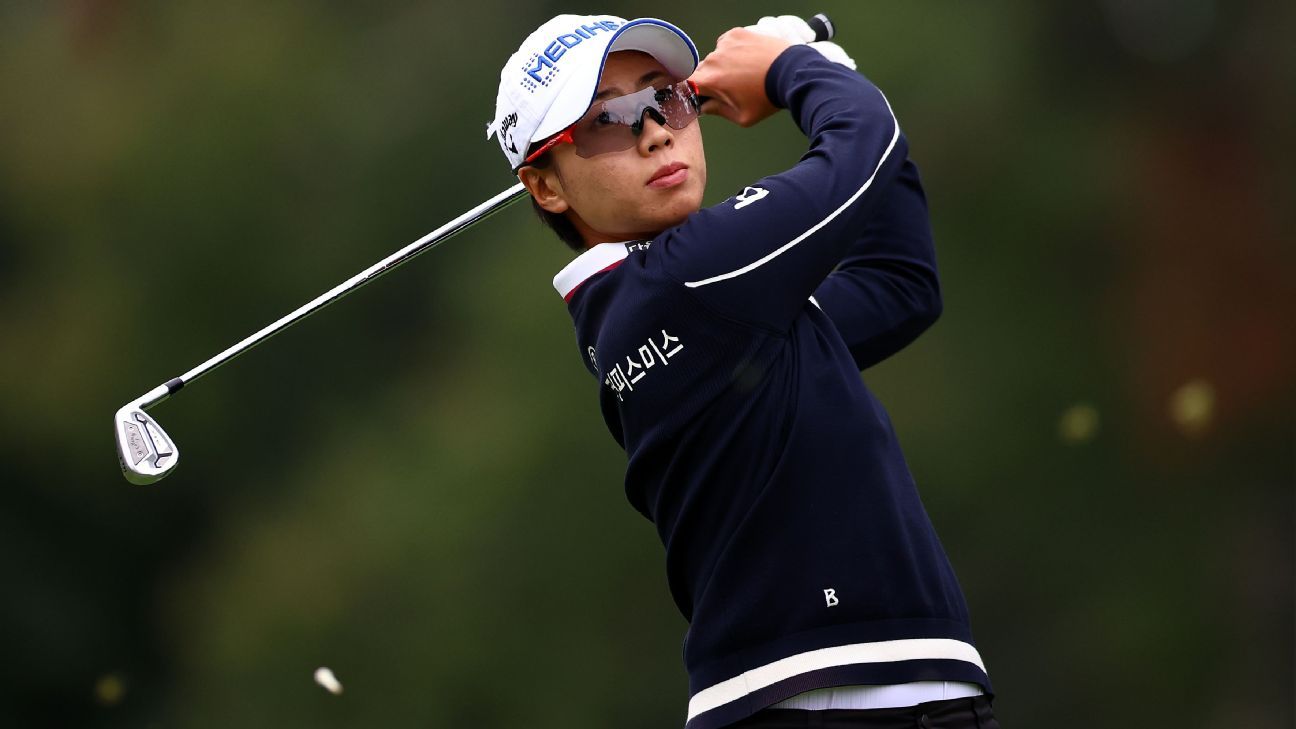 OTTAWA, Ontario — Na Rin An shot a 6-under 65 on Friday to top the leaderboard Friday in the suspended second round of the Canadian Pacific Women’s Open.

An had her second straight bogey-free round at Ottawa Hunt and Golf Club after opening with a 64 on Thursday. An LPGA Tour rookie after winning twice in South Korea, the 26-year-old An had a 13-under 129 total.

“I do have some experience in Korea, so it’s a not an unfamiliar feeling right now,” An said. “I hope to put up good results the next two days just like I did yesterday and today.”

Minutes before darkness forced the suspension of play in the round delayed for two hours in the morning because of heavy rain and lightning, Nelly Korda closed with a birdie on the par-5 ninth for a 63 and a tie for second.

“I was just hitting it really well,” Korda said. “I capitalized on pretty much all the par 5s. A lot were moved up, so for a long-hitter. we have shorter clubs in and we can kind of take advantage of that. Just played some solid golf.”

The third-ranked Korda was 11 under with Hye-Jin Choi of South Korea and first-round leader Paula Reto of South Africa.

Korda is coming off her first win of the year in the Aramco Series on the Ladies European Tour, where she rallied from seven shots back against sister Jessica.

Choi had two eagles in a 68, and Reto followed her course-record 62 with a 69. An and Choi, also a rookie, teamed to finish sixth in July at the Dow Great Lakes Bay Invitational.

Maddie Szeryk was the top Canadian, shooting a 68 to get to 7 under. She’s bogey-free for the first two rounds.

“I don’t think I’ve ever done that before,” Szeryk said. “I just played really solid. I hit a bunch of greens and putted it OK.”

Canadian star Brooke Henderson, the 2018 winner at Wascana in Regina, Saskatchewan, was 5 under after a 68.

“I feel like I’m hitting the ball really well, so I’m excited for the weekend,” Henderson said.

Lexi Thompson shot a 68 to get to 4 under. She played in a twosome with Korda after second-ranked Minjee Lee withdrew Thursday.

Top-ranked Jin Young Ko, the winner at Magna outside Toronto in 2019 when the event was last played, missed the cut with rounds of 68 and 73.

Lorie Kane, the 57-year-old Canadian making her final appearance in the event, was a distant last at 28 over after rounds of 84 and 86.

Sizzling Rahm targets PGA Tour trifecta at Torrey
Reed leads McIlroy in wet Dubai Classic
What to watch as the PGA Tour moves to Torrey Pines
Ahead of a fateful meeting with Tiger Woods, Marcus Byrd scores his biggest pro golf victory
The PGA Tour is debuting a new approach to monitoring rules, and most players probably don’t know about it