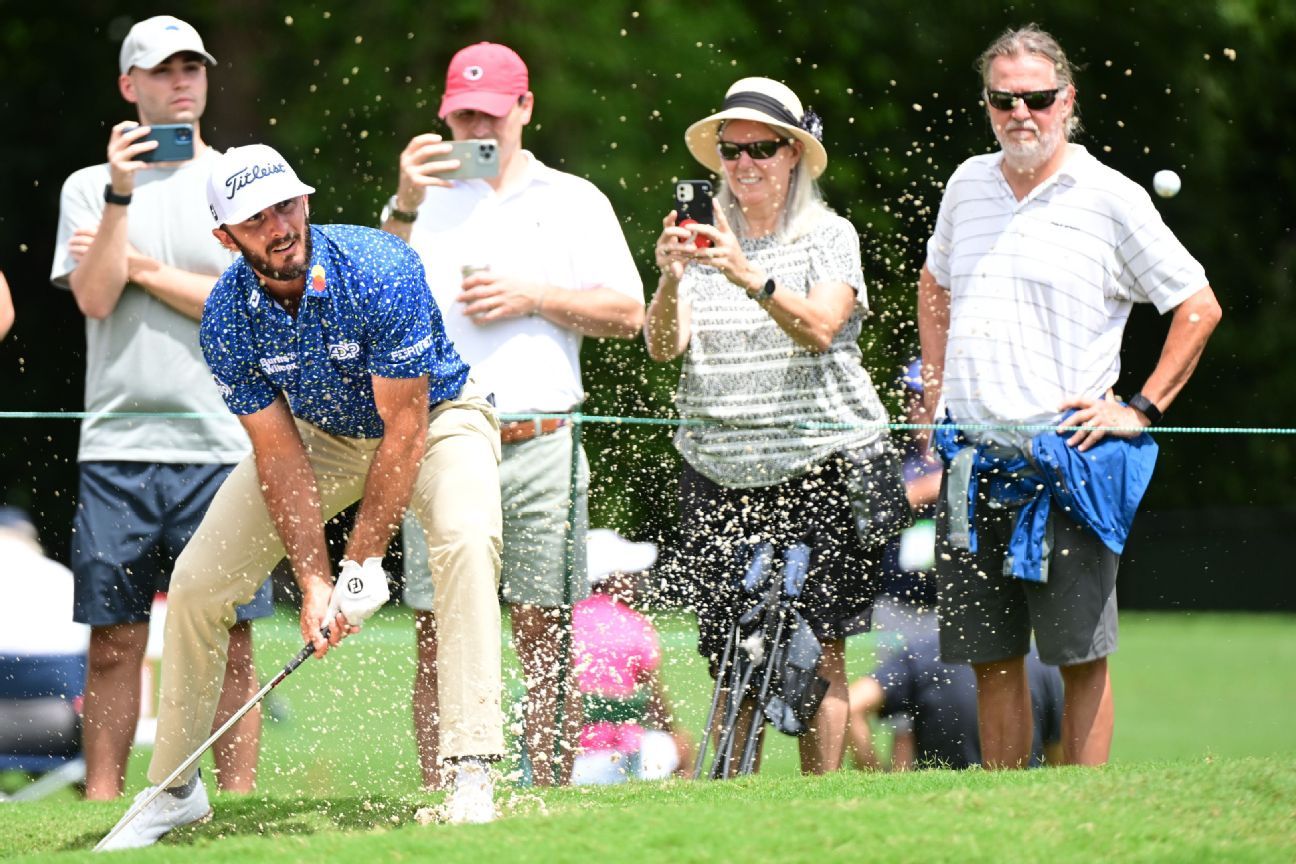 ATLANTA – The New England Patriots don’t start the Super Bowl with a 14-point lead. Alabama doesn’t have a 10-point advantage at kickoff in the college football national championship game. The Golden State Warriors didn’t start the NBA Finals with a 15-point cushion.

PGA Tour player Max Homa wonders whether the FedEx Cup Playoffs points leader should have a 2-shot lead over everyone else before the first tee shot is hit in the season-ending Tour Championship.

“Yeah, I don’t know,” Homa said Friday, of the staggered scoring system, which the PGA Tour only uses at the Tour Championship. “We talk a lot about it. I listen to a lot of what [media] say about it. I’ve been saying this lately. I don’t think it’s perfect. I don’t know what the answer is, so I’m not going to complain about it.”

“I think that we’re not football, we’re not basketball, we’re not baseball. Just because the Patriots are undefeated do we need to then start them with a two-touchdown lead? Because it feels like that year they should have won the Super Bowl; they didn’t. That’s football, but golf is different.”

Homa’s comments came after he posted the second-lowest round ever at the Tour Championship on Friday, a bogey-free 62 that still left him 10 shots behind leader Scottie Scheffler.

Scheffler, as the FedEx Cup points leader, started the Tour Championship at 10 under, at least 2 shots better than everyone else.

Xander Schauffele, who was fourth in points in the FedEx standings and started at 6 under, made up 4 shots in the final three holes of Friday’s second round, carding back-to-back birdies and an eagle on the par-5 18th hole at East Lake Golf Club. Schauffele still trails Scheffler by 2 shots after 36 holes.

Without starting strokes, Schauffele would be at 11 under after 36 holes, Spain’s Jon Rahm at 10 under and Scheffler at 9 under.

Instead, Scheffler is 19 under after 36 holes and is 2 shots in front of Schauffele and 6 ahead of Rahm.

“I mean, it’s more doable, but he’s playing good golf, right?” Rahm said of Scheffler. “And we’re going to have to keep on going and play good golf, as well. It’s going to take a really strong weekend from me and hopefully not a strong one from Scottie. That’s kind of what we’re looking for.”