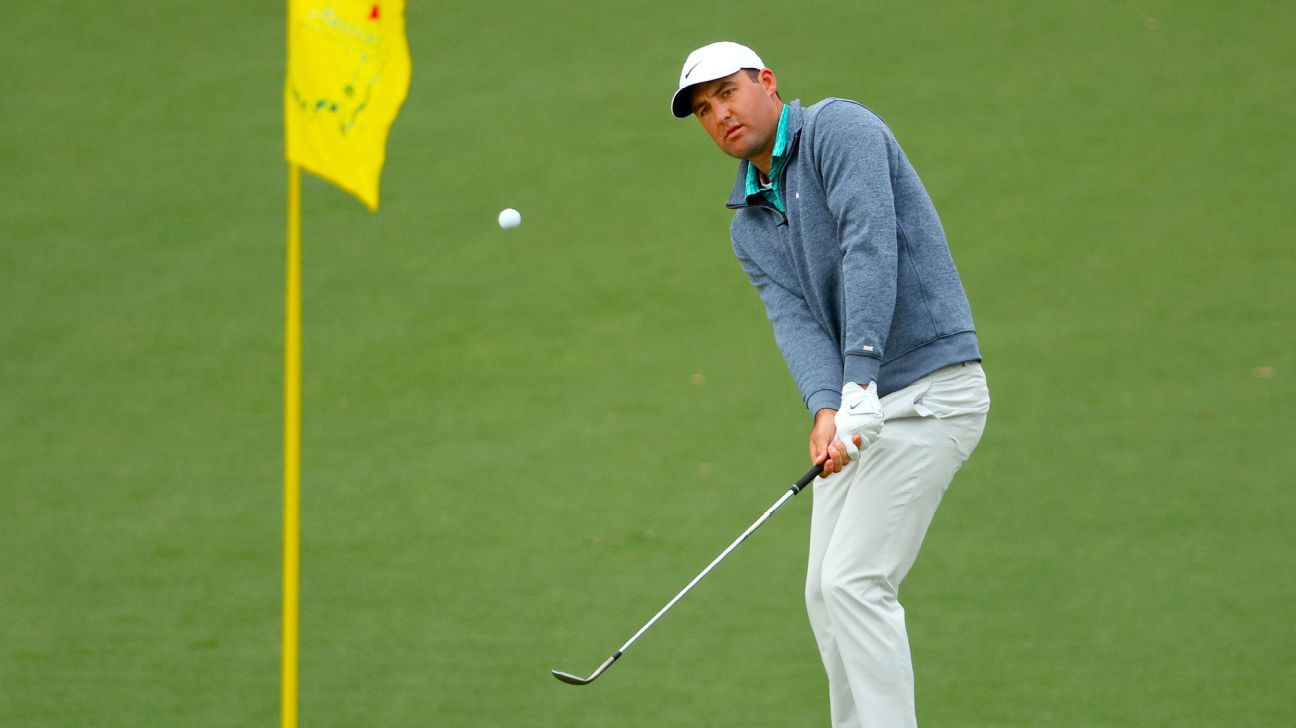 ATLANTA — Justin Thomas was a tap-in away from polishing off a 7-under 63. And then the horn sounded Saturday, signaling a stop in play because of storms near the Tour Championship.

He had to wait until Sunday to not only finish but to figure out where it left him in pursuit of the FedEx Cup and its $18 million prize.

Scottie Scheffler was still in the lead, barely. Xander Schauffele was still on his heels, even tying him ever so briefly. They were on the 13th hole and among 10 players who have to return Sunday morning for what could be a sprint toward a pile of cash.

Scheffler was at 19 under par, even par for the round on a hot, steamy day at East Lake with soft greens and very little wind, always the recipe for low scoring.

The average score for the incomplete round was 67.

That’s what Jon Rahm said he needed — another low round, and Scheffler to not have is best stuff. He got only the second part right. Rahm, coming off a 63, had four bogeys to go along with five birdies and wasn’t making up much ground.

Those who didn’t finish had to return at 9:45 a.m. ET, and only then would the FedEx Cup finale have any clarity.

Sungjae Im was 3 shots behind at 16 under. Assuming Thomas makes his putt, he would be at 15 under. Rory McIlroy also was at 15 under, and he has two holes to play, including the par-5 closing hole.

Rahm, Patrick Cantlay and Sepp Straka were at 14 under and still had to finish.

The third round was scheduled to finish an hour later, and then lightning in the area stopped play for an hour. And when the second batch of lightning arrived in the area, there was no chance to finish.

Hideki Matsuyama posted the low round of the day at 63, and he was still 6 shots behind.

Scheffler started Thursday at 10 under par and with a 2-shot lead as the No. 1 seed in the FedEx Cup, with Cantlay 2 shots behind. Scheffler, already a four-time winner and a lock to be voted PGA Tour Player of the Year, opened with rounds of 65-66 and at times has threatened to turn the Tour Championship into a runaway.

He stalled Saturday, and all that did was expand the possibilities.

British Open champion Cameron Smith is a three-time winner and would have needed to win to make it a race for Player of the Year. He had a 68 and was 11 shots behind amid another round of reports that he is leaving for LIV Golf.

Those announcements are expected early next week. First up is a finish to a long and disruptive season with $18 million on the line for the winner.

Rahm surges at Torrey Pines, within 2 of Ryder
Rookie Taylor Montgomery is one of the hottest players on the PGA Tour, and he’s got wild tales about getting here
The APGA is back on TV at Torrey Pines and will celebrate a minority golfer’s victory
California cool: Max Homa savors fourth victory in his home state and first as a dad
PGA Tour seeks to add Saudi fund to LIV lawsuit