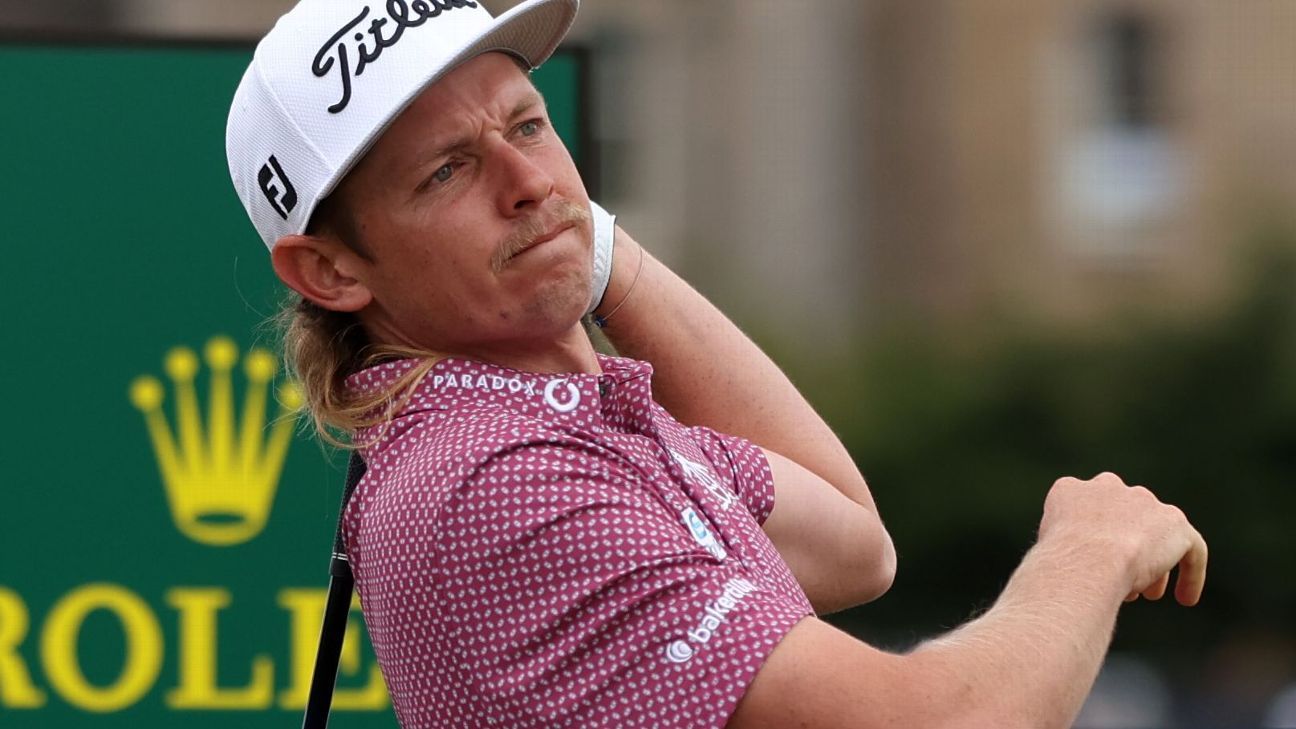 ATLANTA — As Billy Horschel approached the 18th green in Sunday’s final round of the Tour Championship at East Lake Golf Club, he couldn’t help but wonder if it was the last time he’d play with his good friend, Cameron Smith, on the PGA Tour.

Horschel and Smith both live in Ponte Vedra, Florida. They play golf together and go off-shore fishing during their free time.

Smith, the No. 2 player in the Official World Golf Ranking and winner of the 150th Open Championship at St. Andrews in July, is leaving the PGA Tour for LIV Golf, the new circuit announced Tuesday. Chile’s Joaquin Niemann, the 19th-ranked player in the world, Harold Varner III (No. 46), Cameron Tringale (No. 55), Australia’s Marc Leishman (No. 62) and India’s Anirban Lahiri (No. 92) are also joining LIV Golf, which is being financed by Saudi Arabia’s sovereign wealth fund.

LIV Golf said the six players will compete in its fourth event, which starts Friday at The International outside Boston.

“LIV Golf is showing the world that our truly global league is attracting the world’s best players and will grow the game into the future for the next generation,” LIV Golf CEO and commissioner Greg Norman said in a statement. “The best and the brightest continue to embrace the excitement and energy of LIV Golf and what we’re building: a tangible league for team golf that will connect with new audiences all over the globe. We can’t wait to tee off this week at The International and deliver another memorable event experience for fans.”

Smith, 29, is clearly the biggest loss for the PGA Tour. The Australian is in the prime of his career, having won The Players in March and his first major championship at the 150th Open Championship. Smith is a six-time winner on the PGA Tour and a popular player among fans and fellow competitors.

“He’s a good mate of mine,” Australia’s Adam Scott said. “I play a lot of practice rounds with Cam. I’ll miss out on that. It’s one less good player that I have to beat, though.”

Smith and Niemann, who was a wire-to-wire winner at the Genesis Invitational at Riviera in February, were automatic qualifiers for the International Team that will compete in the Presidents Cup at Quail Hollow in Charlotte, North Carolina, on Sept. 20-25.

PGA Tour commissioner Jay Monahan has suspended players for competing in LIV Golf tournaments without conflicting-events releases. Since the Presidents Cup is sanctioned by the PGA Tour, Smith and Niemann will be ineligible to play. It’s a blow for the International Team, which already figured to be a sizable underdog to the Americans.

“All I can say is Trevor is as prepared as he can be for whatever,” Scott said. “I really feel for him. He’s been in a tough spot for quite a while. He’s got a plan and whichever one he has to go with, he’ll go with it. It’s just a fact that we are the underdogs and it’s a stacked U.S. team, even with potentially some [of their] guys missing as well, just not at the 11th hour.”

Pereira, who had a lead on the 72nd hole at the PGA Championship at Southern Hills and tied for third, is also headed to LIV Golf at some point in the future, sources previously told ESPN.