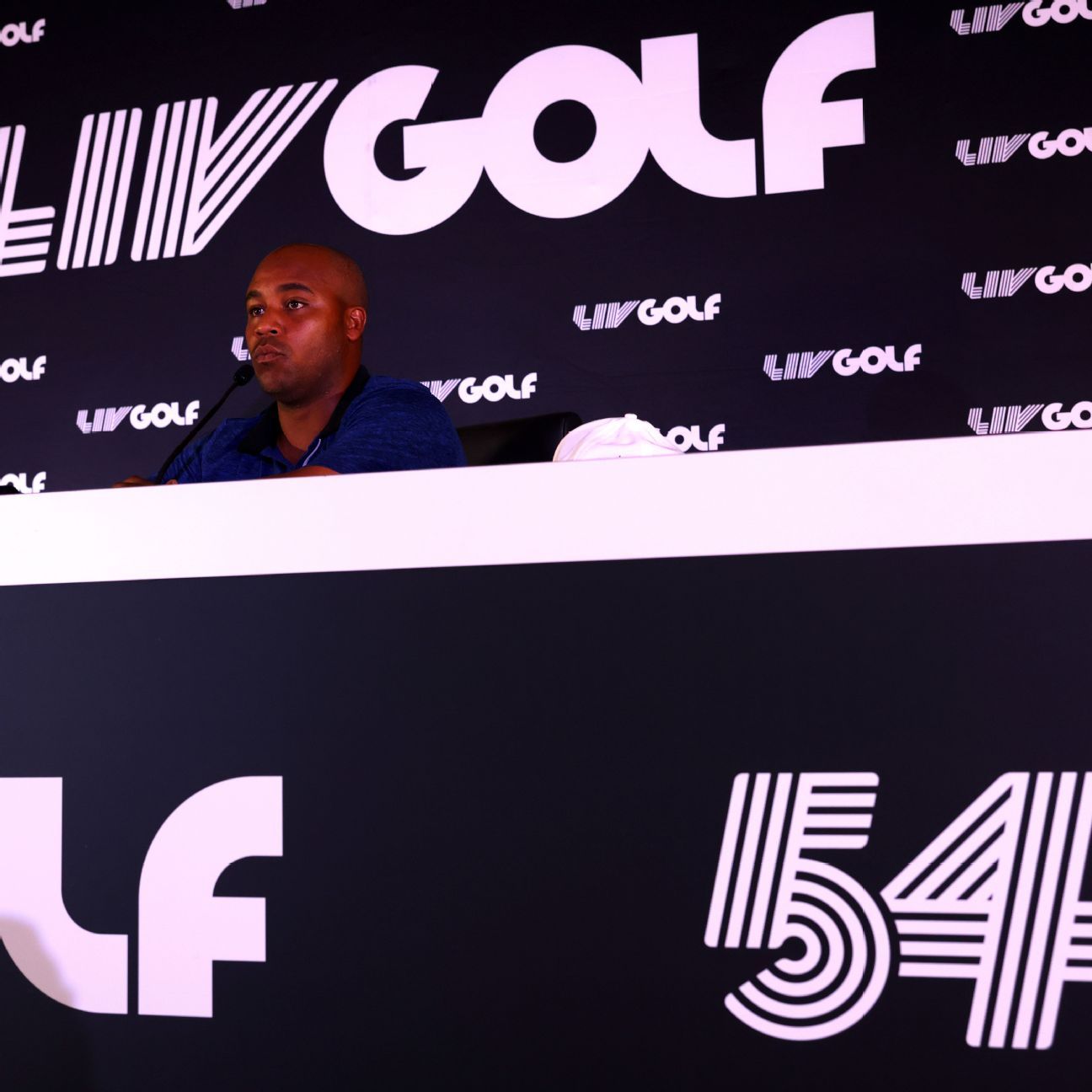 If Harold Varner III believed being honest about why he was leaving the PGA Tour for LIV Golf would help him in the court of public opinion, he quickly found out that he was wrong.

Varner is one of five PGA Tour members who will make their debuts in the next LIV Golf event, which starts Friday at the International outside Boston.

At a news conference on Wednesday, Varner told reporters that he was surprised by the backlash he received after posting a statement on Instagram, in which he explained why he was leaving the PGA Tour. More than anything, Varner said the decision was about money.

Varner said he read every response on his post and some of them weren’t very kind.

“It sucked,” Varner told reporters Wednesday in Boston. “Who likes to be hated? It’s terrible. I hate being hated. I’d rather not even be known than be hated.”

Varner, 32, is one of the few Black players competing in professional golf.

“I just hate to be hated because you’re doing what’s best for you, and whenever someone else is doing something that’s best for them, I’m like, ‘How can I help? How can I help you make a better decision? What are you making this decision?'” Varner said. “That should be more of the language instead of, like, ‘Well, you didn’t do what I want you to do, so I hate you. I’m done. I’m unfollowing.’ You can’t win that.”

Varner earned about $10.4 million during his PGA Tour days, including about $2.3 million this season. He never won a PGA Tour event, but he did win two tournaments worldwide, including the PIF Saudi International in February.

That victory helped him climb into the top 50 in the Official World Golf Ranking, which earned him an invitation to each of the four majors. He tied for 23rd at the Masters, tied for 48th at the PGA Championship, missed the cut at the U.S. Open and tied for 28th at The Open.

LIV Golf players were permitted to play in the majors this past season. Golf’s governing bodies haven’t yet revealed whether the qualifications for exemptions and invitations will change to make it more difficult for them in the future.

“For me, that weighed a lot,” Varner said. “This is my first year playing in every major, so it was cool. But I think it’s way cooler making sure my kid doesn’t have to worry about anything. That’s about it.”

Varner said his wife, Amanda, was much more blunt about what he should do.

“I think it’s very easy to get in a situation where you do what everyone else says you should do,” Varner said. “I don’t know, I just sat there. I think it’s pretty bad when my wife is like, ‘F— everybody. Do what you want to do.'”