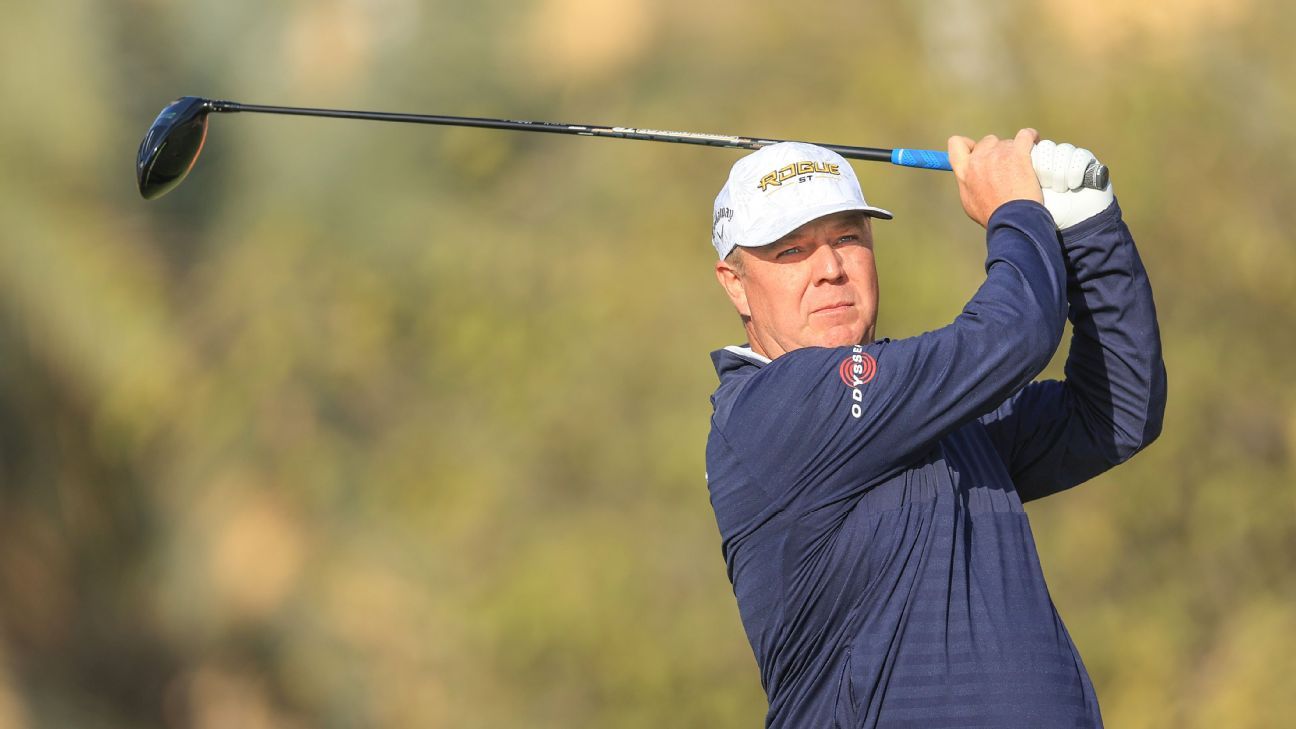 England’s Ross McGowan carded a bogey-free, 9-under 62 to lead by one stroke after the first round of Made in HimmerLand in Denmark on Thursday.

Among the late starters, McGowan chipped in for eagle at No. 8 — his next-to-last hole — and tapped in for birdie at the par-4 No. 9 to overtake a group of five players already in the clubhouse on 8 under: Justin Walters, Matthew Southgate, Ewen Ferguson along with Danish pair Rasmus Hojgaard and Marcus Helligkilde.

Ferguson is looking for his third title of the season, after victories in Qatar in March and Northern Ireland last month, and made an eagle 2 at his first hole before following that up with six birdies in another bogey-free round.

On a good day for the home favorites on the European tour event, Denmark’s Soren Kjeldsen was in a six-man group a shot further back on 7 under.