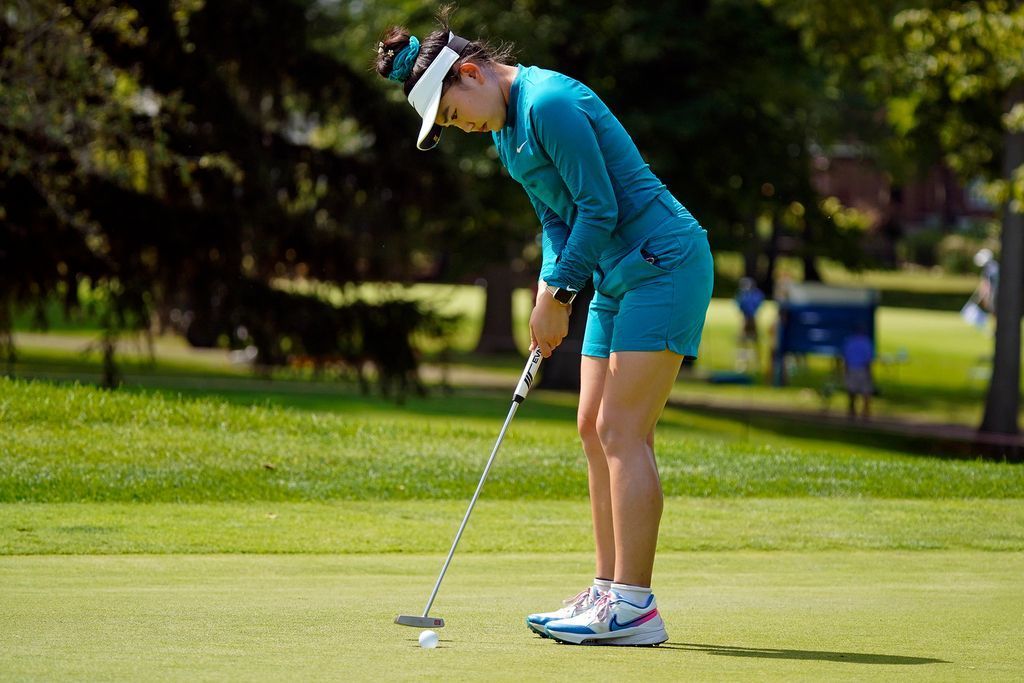 SYLVANIA, Ohio — Lucy Li already is assured of an LPGA Tour card for next year. She played Friday as though she’s ready to join the big leagues even sooner.

Li had five birdies in a seven-hole stretch on the back nine and kept bogeys off her card the rest of the way for a 7-under 64 that gave her the early lead in the Dana Open.

Another 19-year-old, Chinese rookie Ruoning Yin, had a 69 and was 2 shots behind.

Li is best known for becoming the youngest player in the U.S. Women’s Open when she qualified at age 11 in 2014 at Pinehurst No. 2.

The 19-year-old Californian, who has won twice this year on the Epson Tour to secure one of the developmental circuit’s 10 LPGA cards for 2023, was at 10-under 132.

“It definitely gives me kind of the ability to play free just knowing that I have status next year and kind of focusing on some other goals for me, playing in some more LPGA starts and stuff like that,” Li said.

Her run of birdies started on the par-4 12th, and the only holes she didn’t make birdie on the back nine at Highland Meadow were the 13th and the par-5 17th. Equally critical for Li were a number of par saves, especially No. 1 after making the turn.

“I chunked it from being in the middle of the fairway. That was really embarrassing, and I’m glad I was able to save the par there,” she said.

Li had an exemption to play in Canada last week in the CP Women’s Open, and her tie for ninth got her into the Dana Open.

“It was such a quick turnaround for me. I just played one practice round. I just wanted to play the best that I can,” Li said. “I was looking forward to going home this week actually, but it’s nice to be out here playing on the LPGA. I’m just trying to have a good time.”

Yin was among three players who shared the lead after the first round. One of her goals is to play bogey-free, and her lone bogey in the opening round motivated her to finish with six birdies over the final 10 holes. She wasn’t so fortunate Friday. Yin twice followed bogeys with birdies, but mostly it was a steady diet of pars.

Yin earned her card through the LPGA Q-Series last fall. She is 143rd in the Race to CME Globe and found herself pressing so much and working so hard early in the year that she injured a wrist. She even played a few Epson Tour events when she wasn’t eligible for the European swing, and that might have aggravated it.

At least she spent more time on her short game, which is paying off. Yin also said she believes she has found the right recipe for practice.

“When I hit bad, I just want to press more, more, more and I think that’s what caused my injury,” she said. “Right now I just play less and I hit the ball less. Get back to my old game.”

Homa rallies from 5 shots down to win Farmers
The Farmers Open will have another Saturday finish, and Justin Thomas jokingly makes the case for more short weeks
23 questions about the Rory McIlroy-Patrick Reed feud, with 23 one-sentence answers
California cool: Max Homa savors fourth victory in his home state and first as a dad
Ahead of a fateful meeting with Tiger Woods, Marcus Byrd scores his biggest pro golf victory