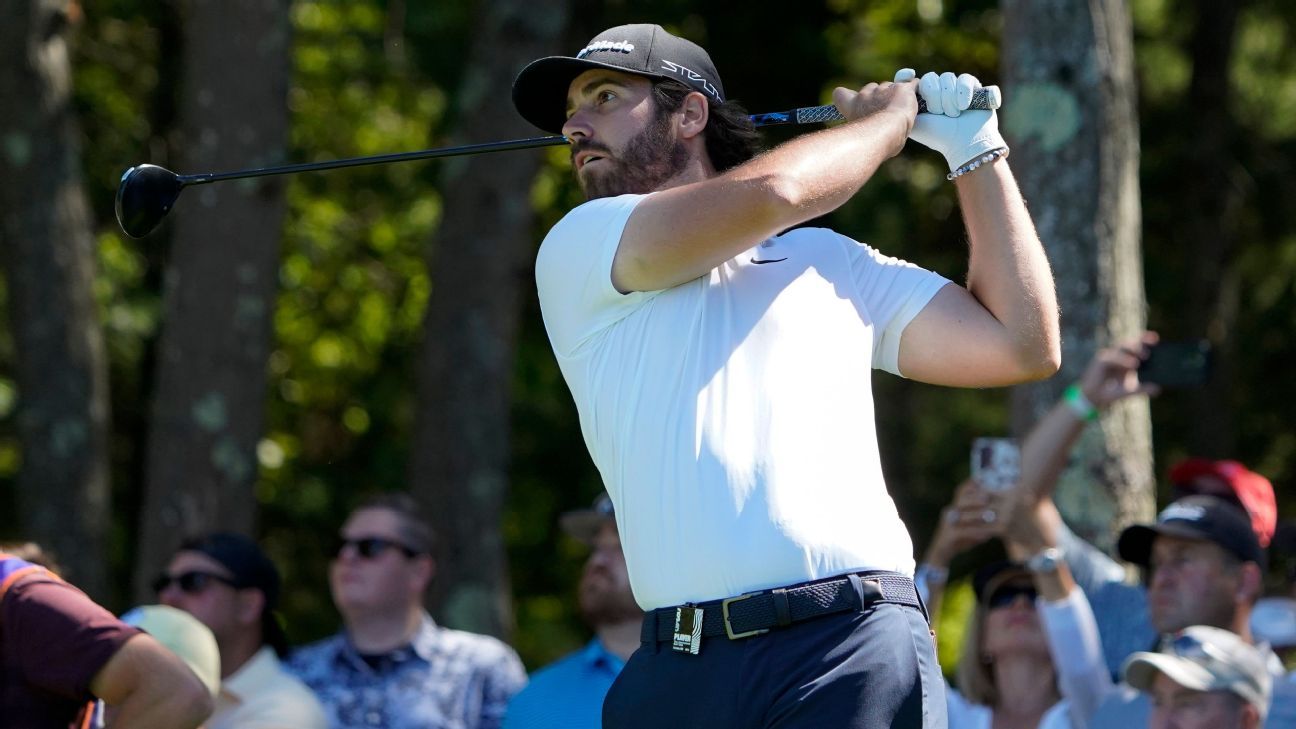 BOLTON, Mass. — Matthew Wolff became a footnote in LIV Golf history with the first hole-in-one, an ace that carried him to a 7-under 63 in the LIV Golf Invitational-Boston on Friday.

Wolff is tied for the lead with Talor Gooch.

British Open champion Cameron Smith, among six players who recently joined the Saudi-funded league, broke a wedge with a shot from behind a tree that allowed him to save par, and he finished with a 45-foot eagle putt for a 64.

Joaquin Niemann of Chile, who also signed with Greg Norman‘s league after he finished his PGA Tour season at the Tour Championship, also shot a 64.

“I’m having a blast out there — my first day at the office,” Niemann said.

“This is a new kind of chapter in my life. I think this is the future of golf,” Smith said earlier in the week. “I love how it is out here. It’s a little bit more laid back on the range, the music playing. I love that stuff.”

He also cited a smaller schedule that will allow him to get home to Australia more often in leaving the PGA Tour after a three-win year that elevated him to No. 2 in the world.

Smith was solid at the start and finish with a few errant drives in the middle. One was on the 16th hole when he pulled his driver into the trees. The ball was next to the trunk, and Smith was allowed relief because his feet from playing it left-handed — his only sensible play — were on the cart path.

After the drop, he tried to hood a gap wedge (right-handed) and the club smacked against the tree near the bottom of the shaft. The ball rolled just through the green and he saved par.

“You know you’re doing to lose a club but it’s probably worth one or two shots,” he said.

The only surprise was his group. Smith started on No. 1 with Dustin Johnson and Shergo Al Kurdi, the English-born Jordanian who earlier this year signed with Golf Saudi.

Al Kurdi was a late replacement for Henrik Stenson, who won in his LIV debut last month in New Jersey but had to withdraw because of vertigo. Al Kurdi opened with a 71.

Wolff made his ace on the 178-yard second hole, his fifth of the round. The ball took one-hop and disappeared into the cup for the first ace in the fourth LIV Golf Invitational series. The former Oklahoma State star had another eagle on the par-5 12th hole to go along with six birdies. Those offset three bogeys and was enough for him to take the lead.

Lahiri and Louis Oosthuizen were in the group at 66, while Johnson was at 67. Johnson has finished in the top 10 in the previous LIV events, though he has yet to win.

Only 12 players from the 48-man field failed to post par or better at The International, located about 45 minutes west of Boston. That included Phil Mickelson, who had a 74.

Former U.S. Amateur champion James Piot had a 77, but the rough day belonged to Sihwan Kim. Along with four double bogeys, Kim took a 10 on the 16th hole and shot 87.