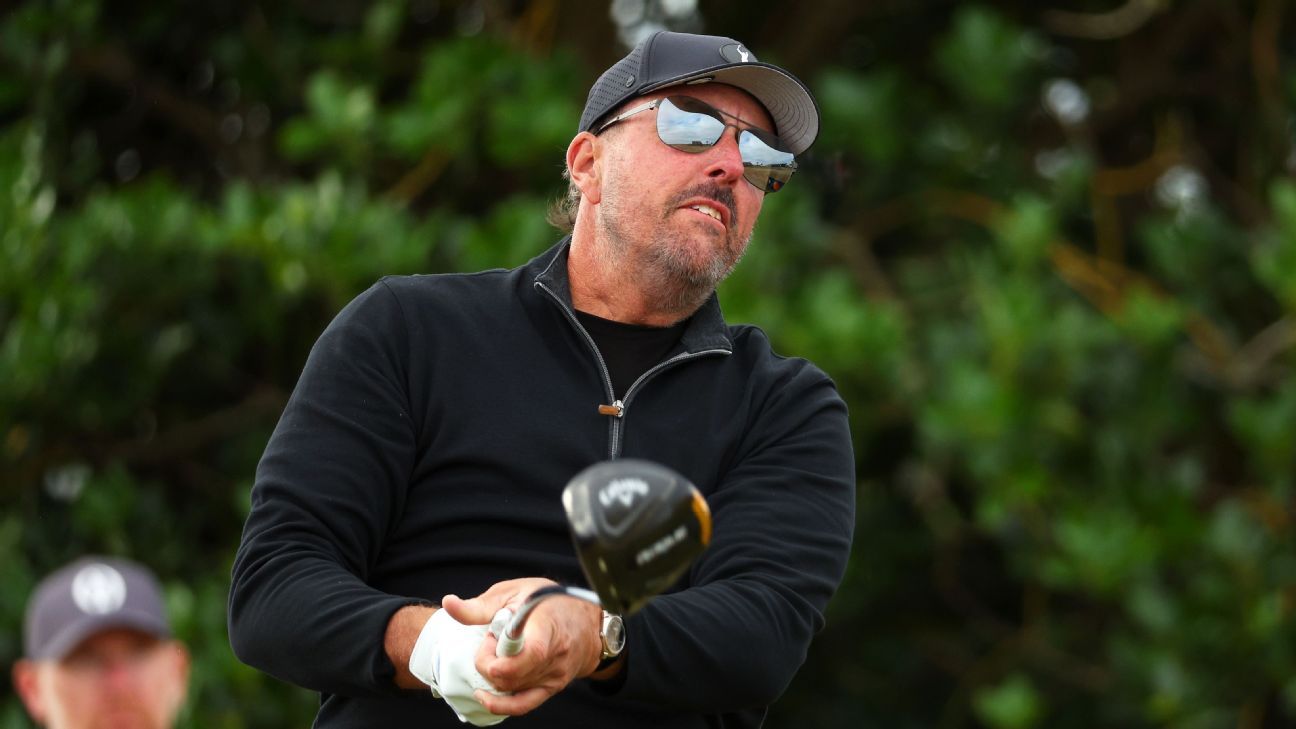 Phil Mickelson said he has heard from “numerous” professional golfers from both LIV Golf and the PGA Tour about the current upheaval in the sport and the changes that have come as a result of it.

“I think players on both sides of LIV and the PGA Tour are appreciative of what is happening,” the 52-year-old Mickelson told Sports Illustrated in an interview published Thursday. “Every player is benefiting. … There was no leverage. There were no other options.”

“I’m extremely happy that the top players are being listened to and that their input is being valued. And that those events are coming about,” Mickelson said.

Mickelson, however, is no longer part of that discussion. He has had his PGA Tour membership suspended after 30 years, along with other competitors who have made the jump to LIV Golf. He is among a group of those suspended golfers to have filed an antitrust lawsuit against the PGA Tour.

“My commitment now is with LIV,” Mickelson told Sports Illustrated. “We’ve made some major disruption to the sport of golf, and have created some really unique opportunities for players and fans. And we’re just getting started.

“I would say I’m generally happy that the top players who are really driving the Tour and creating the interest are being listened to. And what they are doing for the Tour is being valued now. I’m happy to see that happen.”

Mickelson said he doesn’t feel “vindication” by the new direction that the PGA Tour has taken. It’s one that he says he had discussed multiple times with former commissioner Tim Finchem and then Monahan — “It’s interesting, some of the similarities,” he said.

Instead, Mickelson says that everybody will benefit from the clash between the two tours.

“Unless there was leverage, nothing was going to change,” Mickelson told SI. “And all players should be appreciative of what LIV is doing. The players on LIV, for the opportunity they are getting. And the PGA Tour [golfers], for the leverage that was provided to get these changes done.

“I think with any significant change, you are going to have disruption. LIV is disruptive. There’s no question. I think that in the end, everything is going to work out the way it should. I think whatever difficulties we may face in the process may be worth it.”

He later added: “I think we’re in a bit of a grace period before it all works itself out. I believe it will in time. I believe these organizations will come together in time and find a solution. The upside is tremendously high, especially on a global scale.”

The six-time major champion said he “wholeheartedly” expects to play in the Masters in 2023 after missing the event this year in addition to the PGA Championship. Mickelson also said that he doesn’t think that the major championships will ban those who have made the move to LIV Golf from competing.

“I believe wholeheartedly I’ll be at Augusta [in 2023],” Mickelson told SI. “I have the utmost respect for [Masters chairman Fred Ridley] and the leaders of the majors. There’s been to date no threat at all. I’m not saying that couldn’t change. I just don’t see how that could benefit anybody. I believe they are wise enough and great leaders who can see that.”

Added Mickelson: “I believe they understand how not having many of the top players in the world undermines their events. And how that would hurt the game of golf.”

What to watch as the PGA Tour moves to Torrey Pines
An American amateur and Stanford junior, Michael Thorbjornsen, tied for the lead at Hero Dubai Desert Classic
The surprising economics about your bucket of range balls
McIlroy vs. Reed in Dubai, Max Homa’s rise and more from the PGA Tour
The PGA Tour is debuting a new approach to monitoring rules, and most players probably don’t know about it