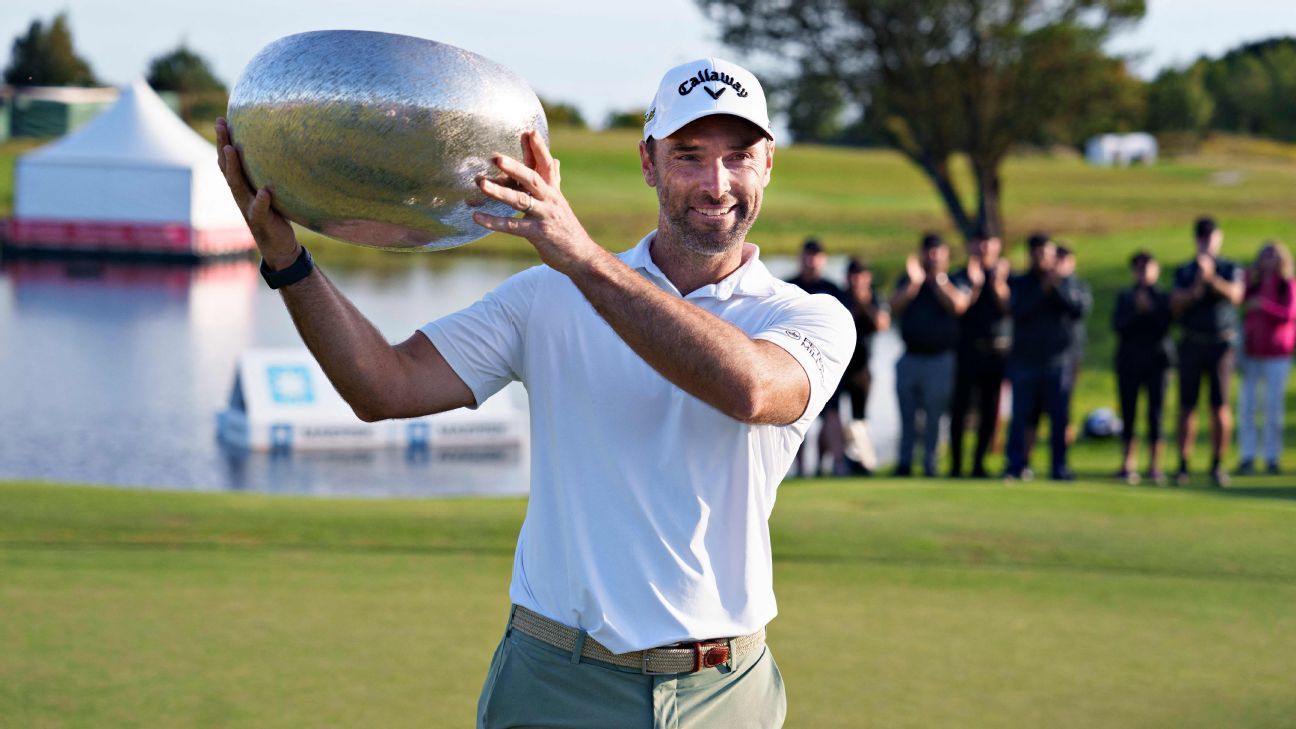 England’s Oliver Wilson holed two birdie putts from around 65 feet on the back nine to win the Made in HimmerLand event and end a victory drought of almost eight years on Sunday.

Wilson, ranked No. 745, rolled in the long putts on No. 13 and then on No. 17 to take the outright lead. He held his nerve to par the last hole, hitting his drive off a small mound of turf instead of a tee, to close with a 4-under 67 and finish a shot ahead of Ewen Ferguson of Scotland.

Wilson had not recorded a top-10 finish on the European tour since a tie for fourth in the same event in 2019.

“Everything I’ve done to this point to rebuild my game, I knew I could do it. I was so calm there, I almost enjoyed the last hole. It’s pretty special,” Wilson said.

“I’m so proud of myself and I’ve got a great team around me. There’s been some dark times and they’ve all stuck with me so this is for them as well.”

The surprising economics about your bucket of range balls
Reed uses binoculars to ID ball stuck in tree
The PGA Tour is debuting a new approach to monitoring rules, and most players probably don’t know about it
California cool: Max Homa savors fourth victory in his home state and first as a dad
Sizzling Rahm targets PGA Tour trifecta at Torrey