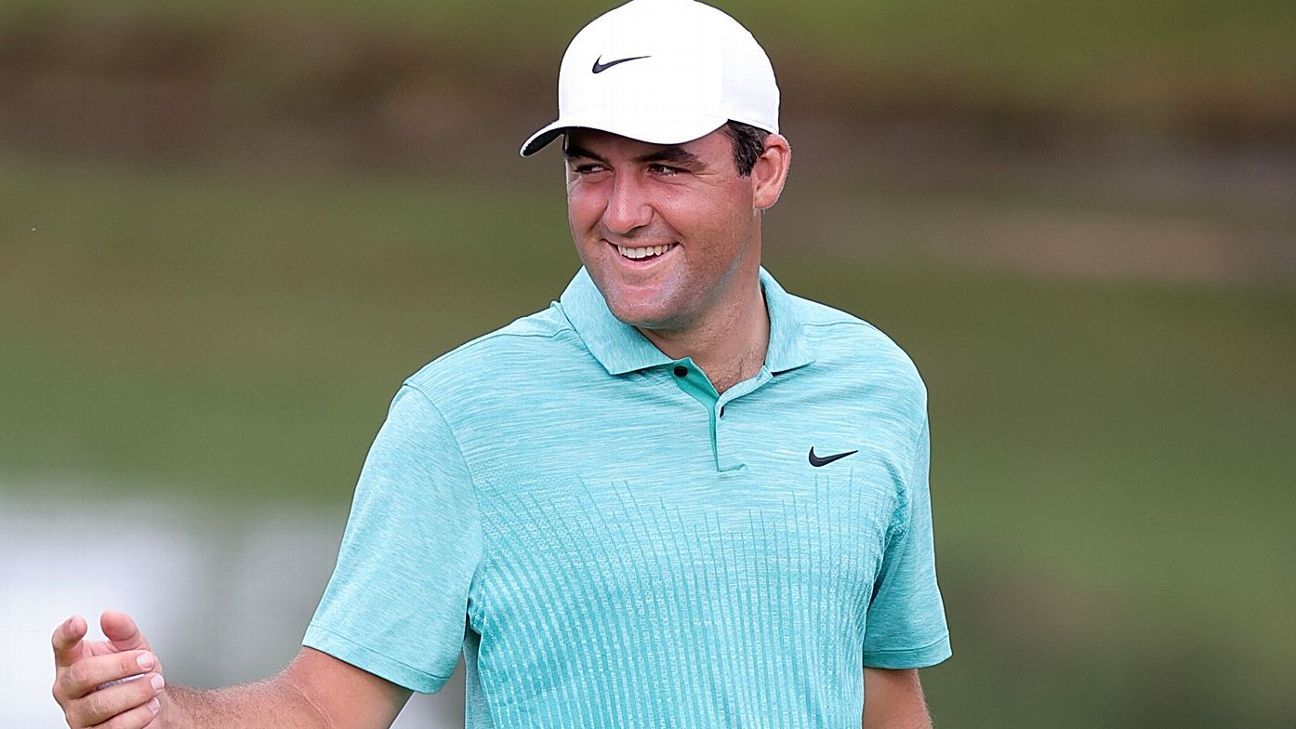 Scottie Scheffler went 58 tournaments over more than two years between getting a PGA Tour card and getting his first win at the Phoenix Open. That turned out to be just the beginning of a year that topped all others in golf.

A month later, Scheffler went to No. 1 in the world. Two weeks after that, he became a major champion by winning the Masters. And on Saturday, he capped off his remarkable rise when he was announced as the PGA Tour Player of the Year.

The only surprise was Scheffler’s. He received the Jack Nicklaus Award during an appearance on ESPN’s College GameDay in Austin, Texas. Scheffler graduated from the McCombs School of Business at Texas with a finance degree in four years without going to summer school.

He was on stage with the Texas golf team, which won the NCAA title this year, when Longhorns coach John Fields brought him what was described as a special gift. It was the bronze trophy, and the fans began chanting his name.

“That’s pretty cool,” Scheffler said, choking up. “I don’t have much to say. I definitely was not expecting that. But it means a lot to me.”

Scheffler can do a lot in a short amount of time once he gets going.

The award is a vote of PGA Tour members who played in at least 15 tournaments. Scheffler received 89% of the vote, topping Open champion Cam Smith and FedEx Cup champion Rory McIlroy, both of whom won three times and trail him in the world ranking.

The Masters was Scheffler’s fourth win in six tournaments, and although he didn’t win the rest of the season, he was never far away. His close friend Sam Burns beat him in a playoff at the Colonial. He finished 1 shot behind Matt Fitzpatrick at the U.S. Open.

His earnings in the regular season were a record $14,046,910, giving him total income from his performance at just short of $25 million.

“One of the highest compliments a player can receive is the endorsement from his peers, and the fact that Scottie’s season was both dominant and consistent spoke volumes to the membership,” commissioner Jay Monahan said via a statement.

Smith’s three victories came at the Sentry Tournament of Champions, the Players Championship and The Open at St. Andrews, where he shot 30 on the back nine in the final round.

McIlroy won the CJ Cup in Las Vegas last fall, the RBC Canadian Open in June and the Tour Championship. He was the only player to finish in the top 10 in all four majors and captured the FedEx Cup for the third time.

Even so, McIlroy could appreciate the year Scheffler had.

“He deserves this maybe more than I deserve it. He played an unbelievable season,” McIlroy said. “Hell of a player, hell of a competitor. Even better person. Love his family.”

Here’s the prize money payout for each golfers at the 2023 Farmers Insurance Open
What to watch as the PGA Tour moves to Torrey Pines
McIlroy vs. Reed in Dubai, Max Homa’s rise and more from the PGA Tour
On Kobe, baby poop and loving the Dodgers … Max Homa gives one of the greatest winner’s press conferences ever
PGA Tour seeks to add Saudi fund to LIV lawsuit