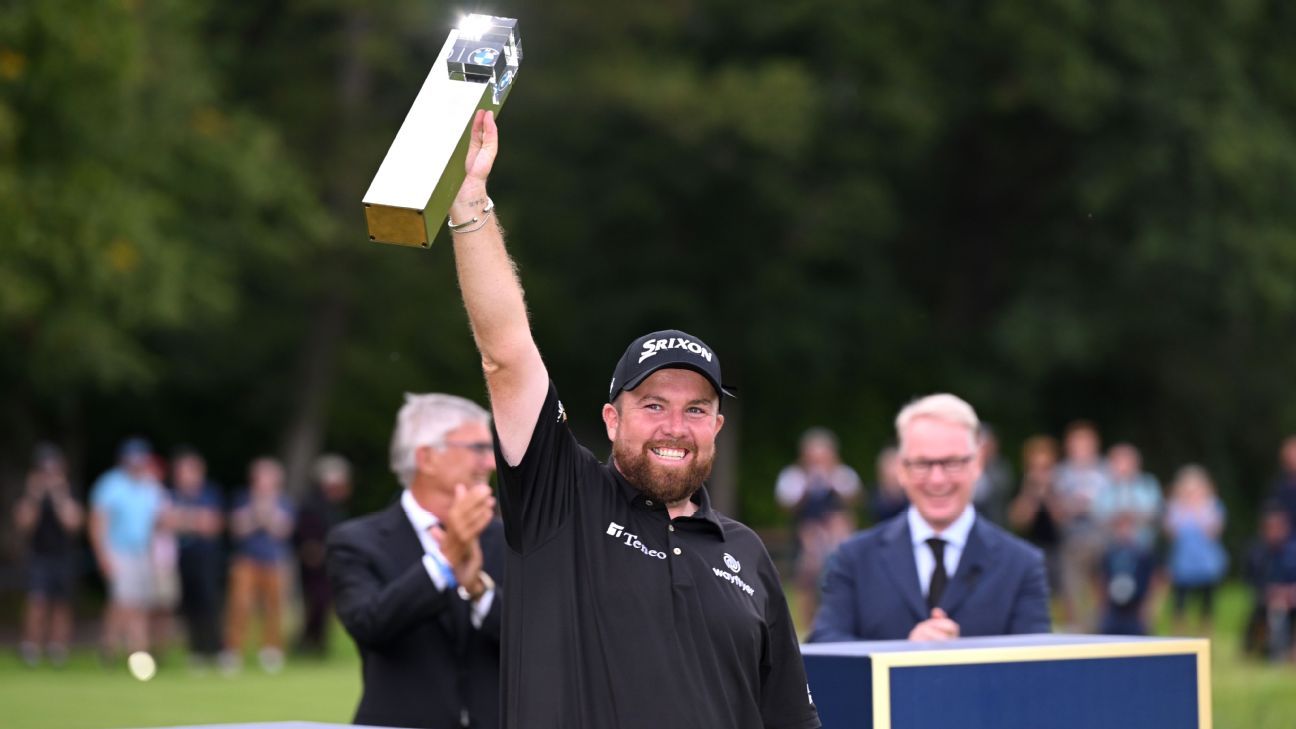 Ireland’s Shane Lowry produced a masterful third round to win the BMW PGA Championship on Sunday, his first title since winning the 2019 Open.

Lowry found a birdie on the par-5 18th at Wentworth for a blemish-free 65 to reach 18-under for his three rounds, 1 stroke ahead of Spaniard Jon Rahm, who had earlier set the course alight with a dazzling 62.

Lowry then had to wait to see whether Northern Ireland’s Rory McIlroy could make an eagle on the 18th to match him.

Recently crowned FedEx Cup champion McIlroy received huge support from the packed galleries at the DP World Tour’s flagship tournament and when he reached the green in 2 a playoff looked possible.

But his 25-foot putt stayed tantalisingly above ground after wobbling next to the hole.

“It means a lot, it’s been a good year and I’ve been close a few times and I really wanted to try and win one,” Lowry told Sky Sports. “Obviously this one is right up there at the top of the list.

“I’m so happy, I can’t put into words how much I love this tour and this tournament. I’m the happiest man in the world right now.”

The event was reduced to three rounds after Friday’s play was canceled following the death of Queen Elizabeth II.

It had been rather overshadowed by the presence of 17 players who have joined the breakaway LIV Tour, the divisive Saudi Arabia-backed series that has rocked golf’s status quo to its foundations and generated some harsh comments.

Lowry and McIlroy had both voiced their disapproval at the fact that former Ryder Cup colleagues such as Ian Poulter, Sergio Garcia and Lee Westwood were taking part.

They, along with Rahm, ensured that the scenario of a LIV player scooping the winners’ check did not come to fruition.

Former Masters champion Patrick Reed, one of those suspended from the American PGA Tour after signing up to LIV, did threaten an awkward scenario with a final charge that saw him card a 63 to finish at 14 under.

Compatriot Talor Gooch ended as the best performing LIV golfer as he finished at 15 under.

Former world No. 1 Rahm was the joint clubhouse leader as Lowry teed off at the 18th.

Rahm played a spectacular back nine, taking just 29 shots with five birdies and two eagles taking him into the lead.

But Lowry, who avoided a single bogey in his three rounds, got his surge underway with an eagle on the fourth, and sunk five more birdie putts to grab victory.

Afterward he said the present power struggle in golf made his sixth career win on the DP World Tour even sweeter.

Lowry said: “I’ve made no secret about how I feel about the whole thing at the start of the week and I wanted to win this tournament for myself, but also for this tour and for everyone who has stayed loyal to this tour.”

The surprising economics about your bucket of range balls
On Kobe, baby poop and loving the Dodgers … Max Homa gives one of the greatest winner’s press conferences ever
The APGA is back on TV at Torrey Pines and will celebrate a minority golfer’s victory
Ahead of a fateful meeting with Tiger Woods, Marcus Byrd scores his biggest pro golf victory
Patrick Reed involved in another rules question after ball gets stuck in tree