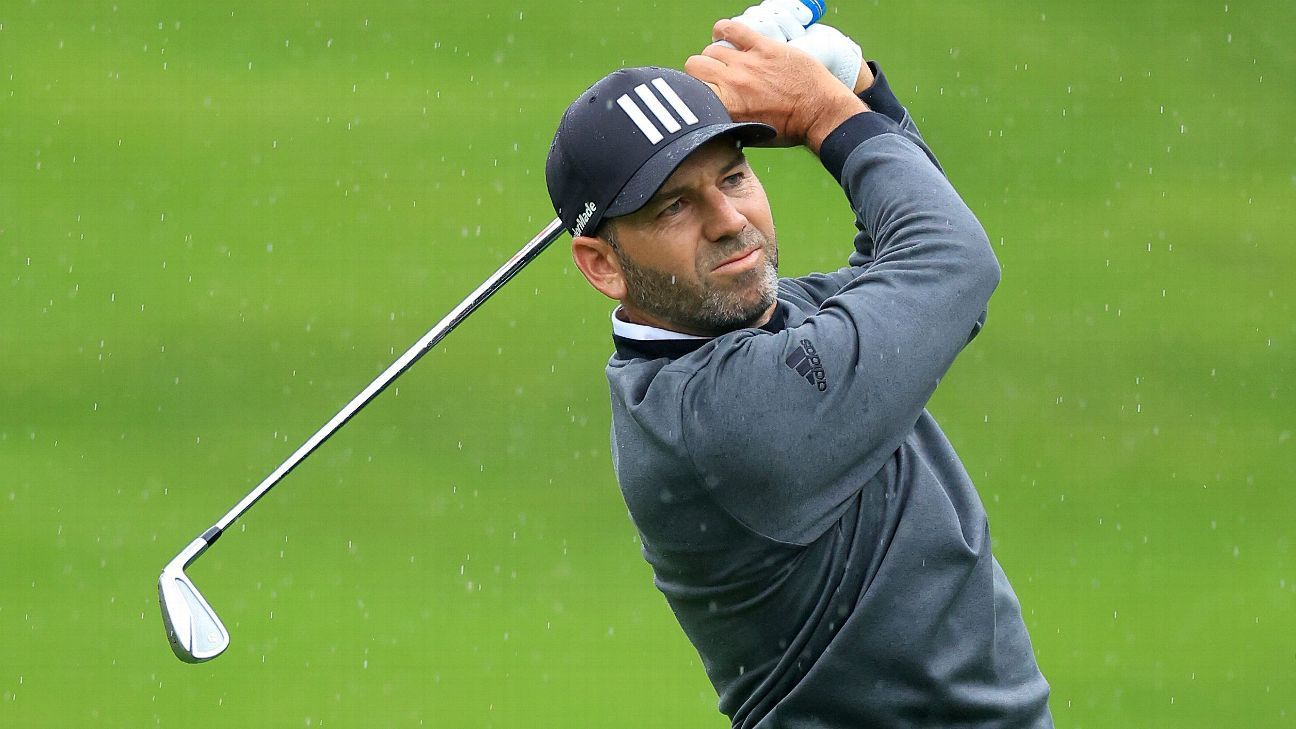 Sergio Garcia faces a fine from the DP World Tour after his withdrawal from the BMW PGA Championship at Wentworth.

Garcia pulled out before the second round of the tournament after posting an opening round of 76 and was then pictured at the college football game between Texas and Alabama on Saturday.

The DP World Tour’s handbook states that “a player is not entitled to withdraw at the conclusion of the first round or during the play of any round of a tournament” except for “emergency reasons or medical circumstances deemed reasonable by the tournament director.”

The DP World Tour confirmed to ESPN on Tuesday that Garcia had not provided a reason for leaving the tournament and that he could be liable for a fine in line with its general regulations for members stated in their handbook.

The handbook adds that “written evidence of medical circumstances” must be forwarded to the tournament director or entries department within 21 days of the player’s withdrawal and “a player not observing this regulation will be fined.”

Garcia’s participation at Wentworth was already a source of controversy, given he was one of several high-profile players at the event to have defected to the Saudi Arabia-backed LIV Golf series.

Shane Lowry won the BMW PGA Championship on Sunday after it was shortened to 54 holes following the death of Queen Elizabeth II and made reference to the division of golf in comments afterward.

“I made no secret how I feel about the whole thing,” Lowry said. “I wanted to win for myself first and foremost, but for everyone that has stayed loyal to this tour. I really feel this is one for the good guys.”

23 questions about the Rory McIlroy-Patrick Reed feud, with 23 one-sentence answers
The PGA Tour is debuting a new approach to monitoring rules, and most players probably don’t know about it
Rahm shoots 7-under, tied for lead at AmEx
What LIV Golf’s TV deal means
Monahan, Pelley won’t be part of OWGR’s LIV call