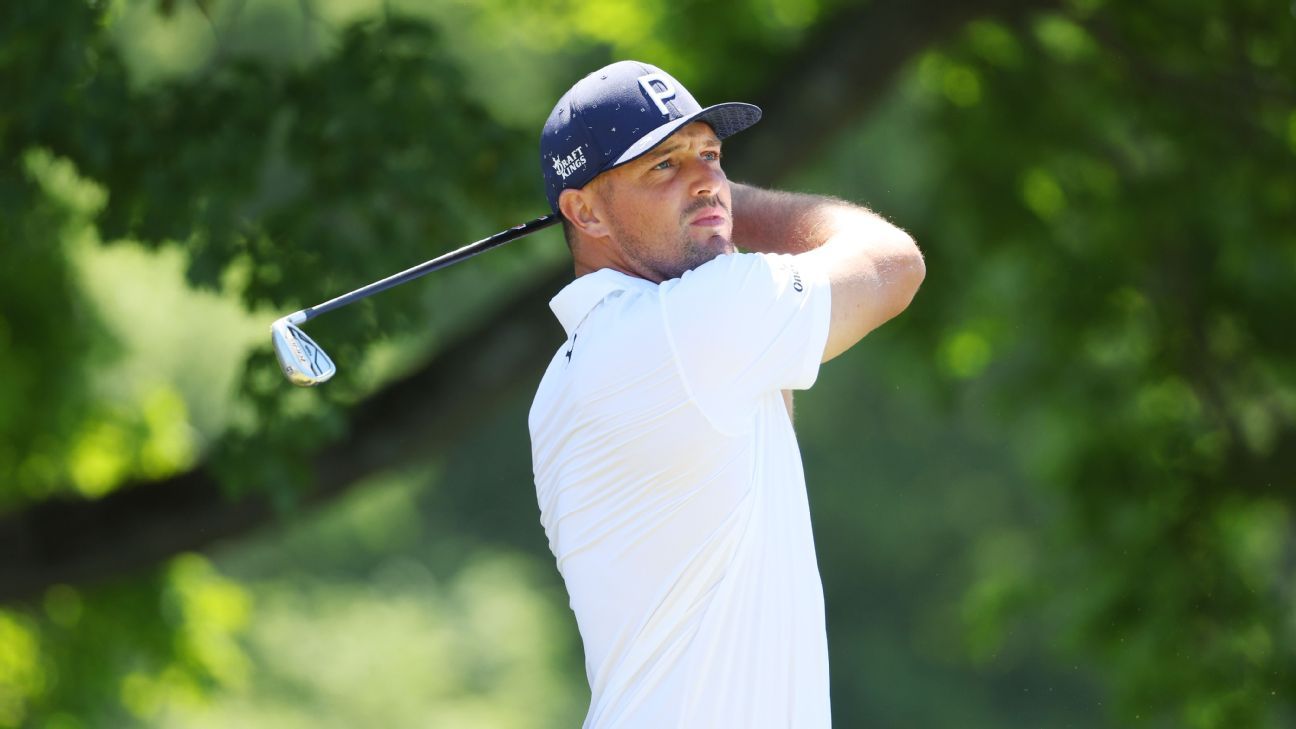 SUGAR GROVE, Ill. — Bryson DeChambeau insisted he has no regrets about his decision to jump from the PGA Tour to the Saudi-funded LIV Golf series.

“I couldn’t be happier to be over here,” he said. “I have no buyer’s remorse.”

The 2020 U.S. Open champion called it the biggest decision he has made besides choosing his agent and added he has the “ultimate respect” for the PGA Tour and the opportunities it provided him.

DeChambeau spoke Thursday at Rich Harvest Farms in suburban Chicago, best known for hosting the Solheim Cup in 2009. It’s where the fifth LIV Golf event and fourth on U.S. soil is being held this weekend.

He is part of a field of 48 that includes Dustin Johnson, Phil Mickelson and Sergio Garcia. Players on 12 teams of four will compete for points and prize money in a 54-hole stroke-play format with no cut and shotgun starts. The purse is $25 million, with $4 million going to the individual winner and $3 million to the winning team.

“What LIV Golf has provided is something new and unique, different, and with that to be said, there’s going to be some disruption and people aren’t going to like it, and I respect every single person that doesn’t think it’s good for the game of golf,” DeChambeau said. “I understand it, but I hope they are open-minded enough to go, you know what, let me just give it a chance, and if you give it a chance, you might see something pretty cool.”

The breakaway series remains a source of controversy.

DeChambeau and Mickelson along with several other players and LIV Golf are involved in an antitrust lawsuit against the PGA Tour, claiming it has used monopoly power to try to squash competition and has unfairly suspended players. Players who did not resign their PGA Tour memberships were suspended for competing in LIV events, and most of those suspensions are through March 2024.

There’s also the issue of where the funding is coming from, given Saudi Arabia’s human rights record. Critics say the players are essentially taking blood money.

Illinois Sen. Dick Durbin, a Democrat, is one of them. The Majority Whip and Senate Judiciary Committee chairman tweeted Thursday he was not happy to have the event in his state.

“This weekend, a golf glove will try and cover a blood-stained hand as the LIV golf tournament comes to Chicago in the Saudi government’s continued, desperate attempt to clean up its image,” Durbin wrote.

The players tried to avoid politics and keep the focus on golf.

“It’s getting so exciting,” he added. “I’ve been loving it.”

DeChambeau hopes the PGA Tour and LIV Golf come together someday and allow players to compete on both tours. He insisted his goal is not to overtake the PGA Tour.

DeChambeau would love nothing more than to compete in the Presidents Cup at Quail Hollow in Charlotte, North Carolina, next weekend. But because he made the jump, that won’t happen.

Instead, he’ll watch the Presidents Cup from afar.

“I’m a golf fan, first and foremost,” DeChambeau said. “I’m going to watch golf wherever it’s played with some of the best players in the world, whoever it is. I think down the road that’ll change. I think that this will become something special, even more special than what it is now, and moving forward in the future, I’ll still watch other tournaments that I’ve won and done well at before.”

Jon Rahm celebrates latest win with soccer star Gareth Bale at Torrey Pines while eyeing the rare victory trifecta
McIlroy leads by 3 ahead of final day in Dubai
Rory, Reed tied two behind leaders in Dubai
Trevor Immelman has big seat to fill in making his debut as CBS’s lead golf analyst
What to watch as the PGA Tour moves to Torrey Pines