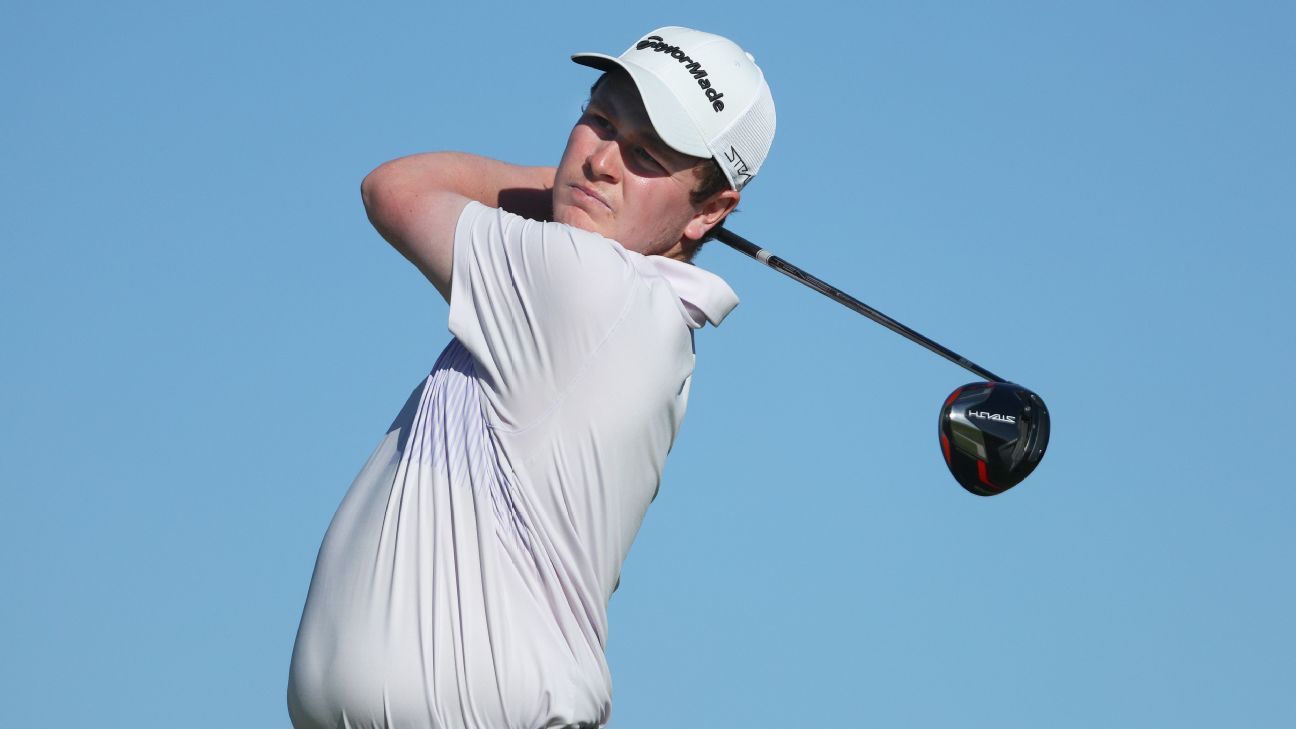 Robert MacIntyre put himself in the frame to make next year Ryder Cup as he beat U.S. Open champion Matt Fitzpatrick on the first hole of a playoff to win the Italian Open on the Marco Simone course outside Rome.

“This is what I want. This is my only goal for the season — to make that Ryder Cup team,” MacIntyre said after he won at the course which will host the 2023 event. “I think I’ve made a good start.”

It was only the second victory of the 26-year-old MacIntyre’s career but it came against a quality field that included European tour leader Rory McIlroy, who finished fourth after hitting his tee shot on the drivable 16th into the water.

MacIntyre posted a 7-under 64 for the best finishing round Sunday and finished regulation tied at 14 under (270) with Fitzpatrick, who won his first major title at Brookline, Mass., in June.

In the playoff on the 18th hole, MacIntyre sunk a birdie putt from a few feet to clinch it after Fitzpatrick had gotten into trouble by driving into the rough.

“This means everything,” MacIntyre said. “I was down and out two or three months ago. I didn’t know what I was doing. Didn’t know where to go. But I spoke to the right people and there’s so much hard work gone into this.”

France’s Victor Perez finished third, one stroke behind, after missing a birdie putt on 18; and McIlroy ended up two strokes back.

“Massive congratulations,” Donald said on Twitter. “Showed a lot of guts and resolve in the playoff to get it done.”

“I played with Bob last week in Wentworth,” Donald told The Associated Press. “Looks like a strong player, but a strong mind – he looks very fearless on the golf course, which you’ll need in a Ryder Cup. It’s a pressure-packed situation.”

The U.S. romped to a record rout over Europe in Whistling Straits, Wisconsin, last year, and Donald appears interested in adding some new players to his team.

“There’s a lot of young talent out there,” Donald said. “It’s a great opportunity for them to show me what they have and to be a part of that team come 12 months.”

The hilly Marco Simone course was completely redesigned a few years ago with the Ryder Cup in mind and proved to be a serious test this week across all sorts of weather — including heat, rain, wind before Sunday’s perfect conditions.

“It’s been a really good test,” Donald said. “Obviously a very strong field and scoring has been not easy.

“Some of these guys who are likely to be in the Ryder Cup team next year would have seen everything this week. So I think that’s good that they’ll be very prepared.”

“Start of this week, I didn’t think this was going to be (my) style of golf course,” MacIntyre said. “[But] I was able to control my golf ball with wedges and irons and even the hybrid that went into the bag last week.”

Fitzpatrick nearly produced an albatross when his second shot on the par-5 12th from 212 yards hit the pin. While Fitzpatrick finished off his eagle from four feet, MacIntyre was starting to struggle a couple of holes ahead on 14 when he found the rough and bogeyed.

But MacIntyre pulled it back together and birdied on 18 to put the pressure on Fitzpatrick in regulation.

“I hit a terrible shot and was back against the wall, and again, just got a dogged attitude, never give up, if I get punched, I punch back,” MacIntyre said. “The birdies coming in were massive and thankfully I got in the playoff.”