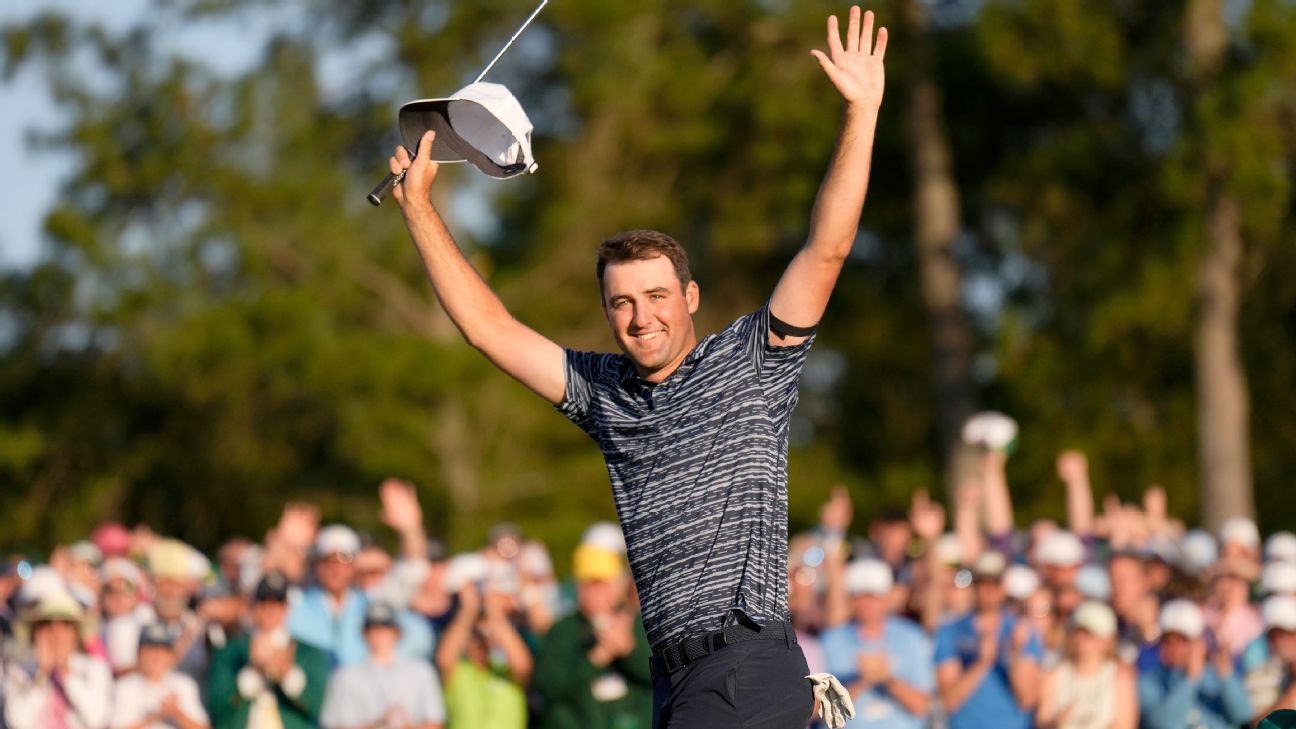 CHARLOTTE, N.C. — Much has changed since the last Presidents Cup was played, when captain Tiger Woods led the 2019 U.S. team to a 16-14 victory at Royal Melbourne Golf Club in Australia.

In just the past week, it was announced Greg Norman is going to Congress to advocate for LIV Golf, Cameron Smith won another $4 million on the LIV Golf circuit and Max Homa defended his title at the Fortinet Championship.

While professional men’s golf remains more splintered than ever, the sport will come together — at least those players who are still eligible to compete on the PGA Tour — at the 14th Presidents Cup at Quail Hollow Club starting on Thursday.

One thing that remains the same? With five of the top 10 players in the world, U.S. captain Davis Love III‘s team is once again a sizable favorite. The Americans have won eight consecutive times and in 11 of the past 13 meetings. International team captain Trevor Immelman had to reshape his roster after several players, including Smith, defected to the LIV Golf circuit.

Love’s goal ahead of the event is to make sure his team isn’t overconfident.

“I don’t think we have to do too much messaging or motivation,” Love said. “Certainly you don’t want to be on a losing team ever, and we know we are up against it. Trevor is going to have a team that’s got a chip on their shoulder and that’s motivated and wants to prove that they can still be competitive. We have to be careful. Certainly these guys are not going to take it lying down.”

Here’s what to expect at the Presidents Cup this week:

The Presidents Cup, which pits a 12-man U.S. team against a 12-man International team (excluding Europe), is a four-day match-play event. There are 30 matches and the team that has the highest point total after four days is the winner.

Each match is worth one point and both teams receive a half-point for each tie. There is no playoff if the teams are tied after Sunday’s singles matches.

On paper, at least, the American team would seem to be an overwhelming favorite to win another Presidents Cup. Each of the 12 players on the U.S. team is ranked in the top 25 in the Official World Golf Ranking, including five of the top 10. The International team has just three players ranked in the top 25.

The average world ranking for the U.S. team members is 11.6; the International team’s average is 48.9.

The International team was dramatically depleted by players defecting to the LIV Golf circuit. The Presidents Cup is sanctioned by the PGA Tour, so LIV golfers who were suspended by the tour are ineligible to compete at Quail Hollow.

Australia’s Cameron Smith, the third-ranked player in the world and Open Championship winner at St. Andrews, would have been the highest-ranked player on the International team. Chile’s Joaquin Niemann (No. 21), Mexico’s Abraham Ancer (No. 24), South Africa’s Louis Oosthuizen (No. 33) and Australia’s Marc Leishman (No. 61) also would have been sure things to make the team.

“Oh, definitely going to miss it,” Lahiri said at last week’s LIV Golf event outside Chicago. “It’s close to my heart. I’ve been on two teams. Very proud to have been a part of them, and they were very, very special weeks for me. I’ll be supporting the International team wholeheartedly this next week, and I hope our boys go out there and put in a big effort and play really good. Yeah, I mean, it’s something that I care about deeply, and it’s unfortunate how things are, but I wish them the best.”

Will Zalatoris, who picked up his first PGA Tour victory at the FedEx St. Jude Championship last month, would have been on the U.S. team. He had to remove himself from consideration because of a back injury. Two-time major champion Dustin Johnson (No. 23) also would have been strongly considered for a captain’s choice.

Not only do the Americans have a sizable advantage when it comes to world ranking, but they’ve also been far more successful in the three biggest match-play events: the WGC-Dell Technologies Match Play, Presidents Cup and Ryder Cup.

Scheffler, who picked up his third PGA Tour victory in the WGC match-play tournament in Austin, Texas, in late March, is 11-2-2 in individual matches over the past two seasons. He memorably took down Spain’s Jon Rahm, who was then the No. 1 player in the world, in the 2021 Ryder Cup at Whistling Straits.

Kisner won the Austin event in 2019 and was runner-up to Scheffler this past season. He has a 22-7-2 record in individual match play. Horschel, who is making his debut in a team event as a pro, is 13-7-2.

The International team has eight President Cup rookies. Only four of its players have competed in more than seven match-play matches as a pro: Matsuyama (11-11-3 individual), Conners (6-4), Scott (22-21-2 individual) and Si Woo Kim (5-9-3 individual).

Quail Hollow Club’s last three holes, dubbed the “Green Mile,” are considered some of the most difficult and dramatic holes in professional golf.

The 16th is the longest par-4 hole on the course and has a large peninsula green with hazards on three sides. The treacherous par-3 17th has water in front and down the left side of the green. The par-4 18th has a creek running down the left side of the fairway, which seems to be a ball magnet as pressure mounts. In relation to par, it’s typically the most difficult finishing hole on the PGA Tour.

For the Presidents Cup, those holes will be played as Nos. 13, 14 and 15 to ensure that they come into play during matches. At the 2019 Presidents Cup in Melbourne, each of the 30 matches reached the 15th hole, but 18 of them were decided before the 18th hole.

“There’s just nowhere to hide on those holes,” Immelman said. “You just have to step up and hit a great shot. There’s just no room to bail out. Just really demanding. I think it was a brilliant idea to put those three holes in the meat of the back nine. I [can] 100 percent foresee a couple of those holes you can win with a par, no problem. It’s going to be great stuff.”

As part of the rerouting, Quail Hollow’s regular 14 through 18 holes will be moved forward to become holes 11 through 15 this week. So the players will complete the traditional holes like this: 1 through 8, 12 through 18, 10, 11 and 9.

The par-71 course is expected to play more than 7,500 yards, so length off the tee will be at a premium.

Another big change at Quail Hollow Club from the Wells Fargo Championship, which is traditionally played in early May, will be fairways that have been overseeded in Bermuda grass. The Bermuda grass greens figure to be firmer and the rough a little thicker in late-summer conditions as well.

Players don’t get paid for competing

Unlike the Ryder Cup, players don’t receive money for competing in the Presidents Cup. Instead, they each receive $150,000 to distribute to charities of their choice. Since 1994, the Presidents Cup has generated more than $54.4 million for charity, including $5.4 million in 2019.

Jon Rahm is making winning look easy, even when he does it the hard way
Sizzling Rahm targets PGA Tour trifecta at Torrey
The PGA Tour is debuting a new approach to monitoring rules, and most players probably don’t know about it
Thompson ups eagles total to 5, still atop AmEx
Jon Rahm celebrates latest win with soccer star Gareth Bale at Torrey Pines while eyeing the rare victory trifecta