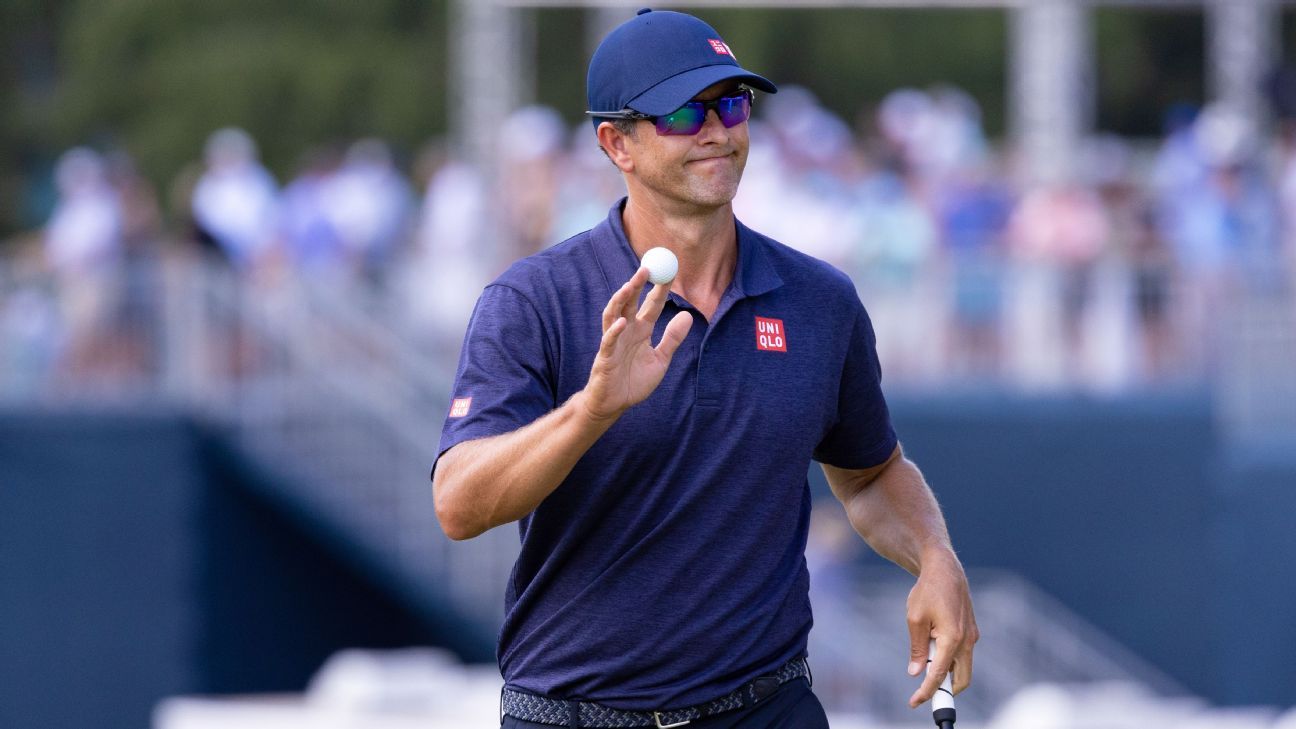 CHARLOTTE, N.C. — The International team will roll out its two most experienced players in the opening match of the 14th Presidents Cup at Quail Hollow Club on Thursday.

Past Masters champions Adam Scott of Australia and Hideki Matsuyama of Japan will play Patrick Cantlay and Xander Schauffele in the opening match.

After that, the U.S. team, which has won 11 times in the past 13 Presidents Cups, including eight in a row, figures to have a sizable advantage, at least on paper. The U.S. team’s 12-man roster includes five of the top 10 players in the Official World Golf Ranking. The International team has none.

On Thursday, Jordan Spieth and Justin Thomas will face Sungjae Im and Corey Conners in the second match; Cameron Young and Collin Morikawa will play Tom Kim and K.H. Lee in the third; Scottie Scheffler and Sam Burns will battle Si Woo Kim and Cam Davis in the fourth; and Tony Finau and Max Homa will square off against Taylor Pendrith and Mito Pereira in the final match of the day.

“This team was a little bit different than ones we’ve had in the past,” said U.S. team captain Davis Love III, who has captained two Ryder Cup teams. “There was a lot of obvious pairings, and there was a lot of guys that really get along well. So the obvious ones made the other ones a little bit harder because everyone does get along well, and there’s not really anybody that you say, well, ‘That guy’s hard to pair.’ It’s just hard to pick two to sit out. That’s our problem.”

Kevin Kisner and Billy Horschel are sitting out Thursday’s action for the Americans, and South Africa’s Christiaan Bezuidenhout and Colombia’s Sebastian Munoz aren’t playing for the International team.

The teams will compete in foursomes (alternate shot) on Thursday, followed by five four-ball (best-ball) matches on Friday. Each match is worth one point; ties earn a team a half-point. There are 30 matches over four days, and the team that gets to 15½ points wins the Presidents Cup. There is no playoff if the teams are tied after Sunday’s 12 singles matches.

McIlroy snubs Reed, in no mood for reconciliation
California cool: Max Homa savors fourth victory in his home state and first as a dad
Ryder pulls away, Rahm heats up at Torrey Pines
PGA Tour seeks to add Saudi fund to LIV lawsuit
McIlroy vs. Reed in Dubai, Max Homa’s rise and more from the PGA Tour