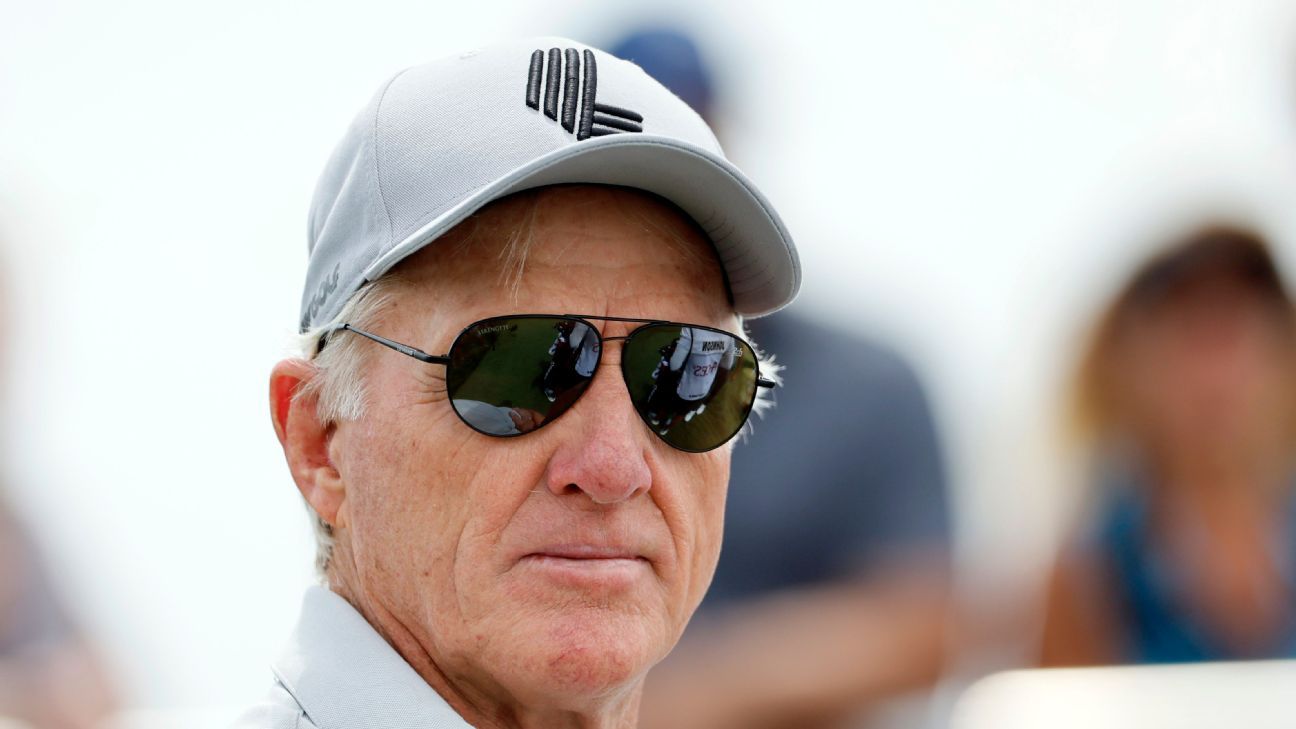 LIV Golf CEO and commissioner Greg Norman met with federal lawmakers on Capitol Hill on Wednesday to lobby on behalf of the new circuit being financed by Saudi Arabia’s Public Investment Fund, and his message was met with mixed reviews from politicians.

Rep. Tim Burchett of Tennessee told ESPN that he walked out of Norman’s lunch meeting with the Republican Study Committee and described his lobbying efforts as “propaganda.” He also took to Twitter to question Saudi Arabia’s connections to the 9/11 attacks and its role in the murder of Washington Post columnist Jamal Khashoggi, a U.S. citizen.

“It’s propaganda,” Burchett said of Norman’s meeting. “I don’t want to hear about that. It’s not Congress’ business to settle a fight between a bunch of billionaires over a game of golf. They need to take it to the courts. Congress made a big mistake by getting involved in Major League Baseball. Here we are dealing with a [league] being funded by some Saudis. I just thought our priorities were out of whack.”

Norman told reporters after the lunch meeting that he wanted lawmakers to have “both sides of the story for them to understand what LIV is all about,” according to a report from The Hill.

“Don’t come in here and act like you’re doing some great thing, while you’re pimping a billion dollars of Saudi Arabian money,” Rep. Chip Roy of Texas told reporters after the lunch meeting.

“I respect Greg and his [right] to go out and do whatever he wants to do,” Roy told ESPN on Wednesday. “But it’s not as simple as he tries to make it out to be. He says they just want competition, and it’s like there are hummingbirds and butterflies flying around everywhere. The big, bad PGA Tour and its monopoly are preventing them from having their awesome little competition. It’s much, much more complex than that.”

Roy said he questioned Norman about why LIV Golf and its employees aren’t registered as foreign agents with the federal government. Norman told reporters that LIV Golf is a commercial operation, “so we’re here just to grow the game of golf.”

“They honestly just didn’t want to talk about Saudi Arabia,” Roy said. “That’s the honest truth. I think it was pitched as something to come in there and kind of explain that and talk about it, but I felt it was very clear they didn’t want to talk about it. Former President Trump, who by the way is financially interested in LIV, has said this is a billion dollars of publicity for the kingdom of Saudi Arabia. They’re just kind of dismissing it.”

Roy said about 75 members of Congress attended the meeting, in which Norman spoke for about 20 minutes. Other lawmakers questioned Norman about the impact it would have on the PGA Tour and its charity work, while others had “some interest in whether there was some sort of competition question and is there any interference going on or is the PGA Tour blocking competition.”

“This isn’t about pure competition,” Roy said. “Don’t come in here and try to sell me something that is not what you’re actually selling. You’re selling something that is very much in bed with the Saudis, so the Saudis can accomplish their objective and Greg can accomplish his. He’s always wanted to have a rival operation to take on the tour, and he’s been unable to do it until he got a billion-dollar sugar daddy known as the kingdom of Saudi Arabia.”

The U.S. Department of Justice has opened an investigation into whether the PGA Tour is illegally trying to squash competition. The PGA Tour has denied the allegations.

LIV Golf and a handful of its players have also filed a federal antitrust lawsuit against the PGA Tour for suspending members for playing in LIV Golf events, and for allegedly pressuring vendors, broadcast networks, agents and others to not work with the new league.

The Washington Examiner reported Wednesday that Norman also met with senior Republicans on the House Judiciary Committee, including Jim Jordan of Ohio and Matt Gaetz of Florida, and told the lawmakers that he was willing to testify in front of Congress to discuss antitrust issues.

“I’m very encouraged that Mr. Norman offered to give testimony to the House Judiciary Committee during my discussion with him today,” Gaetz said in a statement to ESPN. “He has a wealth of knowledge regarding the role of golf in culture and in the world. I believe the country would benefit from hearing more about his perspective.”

Trevor Immelman has big seat to fill in making his debut as CBS’s lead golf analyst
This club pro has a spot in the PGA Tour’s next $20 million ‘designated’ event. Can Michael Hopper cash in?
The surprising economics about your bucket of range balls
Jon Rahm finally cools off, Taylor Montgomery’s historic putting continues, and a trio of huge underdogs lead
Rory, Reed tied two behind leaders in Dubai