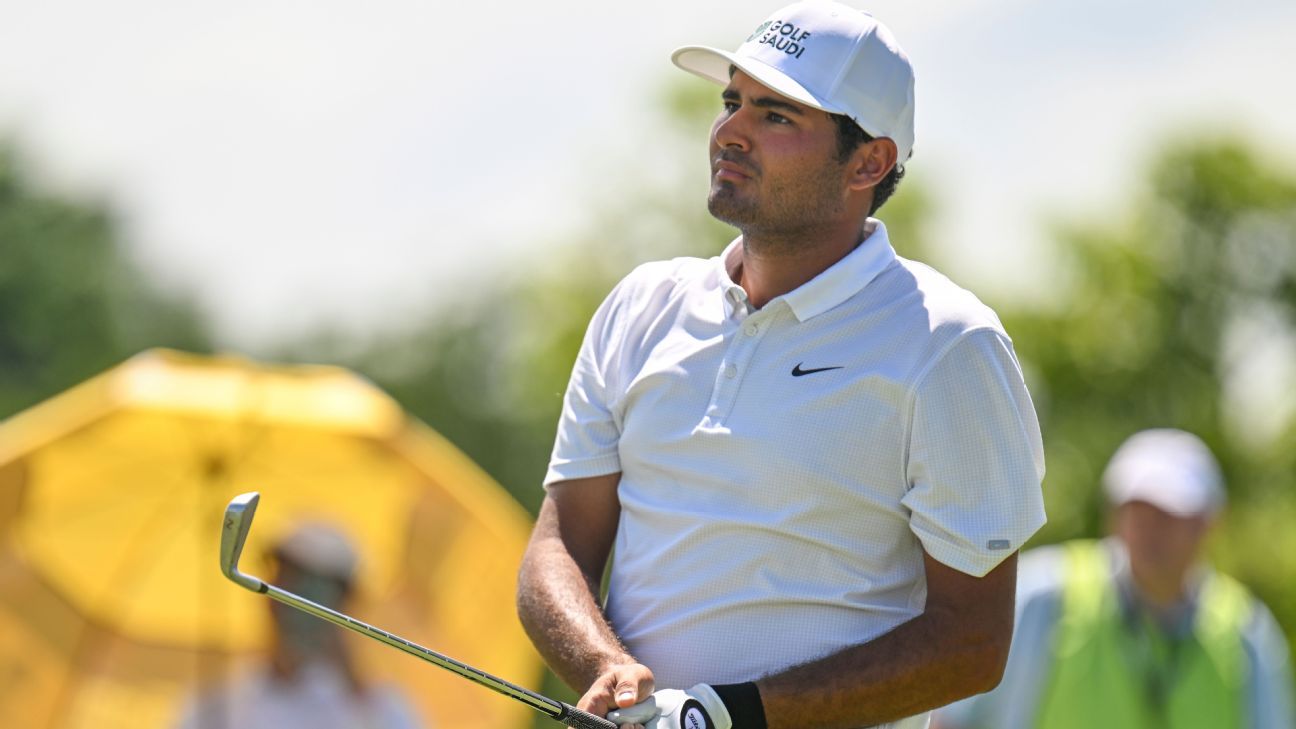 BANGKOK, Thailand — One of the best former amateur golfers in the world is leading after two rounds of the LIV Golf tournament in Thailand.

Ex-Oklahoma State player Eugenio Lopez-Chacarra turned professional to play on the LIV series. The two-time first-team All-American was No. 2 in the World Amateur Golf Ranking before he signed a three-year contract with the Saudi-backed LIV tour.

On Saturday he birdied three of his first five holes and eagled his sixth on the way to a 9-under 63 and a 5-stroke lead after two rounds of the 54-hole event.

The Spanish player, one of the co-leaders after the first round, had a 36-hole total of 16-under 128 on the newly opened Stonehill Golf Club course north of Bangkok.

Branden Grace, one of the first-round leaders with Lopez-Chacarra and Bland, withdrew after three holes Saturday with an undisclosed injury.

“The conditions are great and the course is unbelievable,” Lopez-Chacarra said. “But I think the key was I went back to see what I was doing in college because I was working so good and I didn’t do as good the first four weeks as a pro, and it was just try to have fun and then play to not make bogeys.

It’s the first time LIV Golf is being played outside the United States since its inaugural event in early June near London.

Bradbury wins Joburg Open for 1st Euro tour title
Tiger and Charlie Woods are officially set to compete in PNC Championship
I thought I was dying. How golf kept me going
Former major champ Geoff Ogilvy is more than just playing golf at the Australian PGA Championship
Lucas Herbert’s WD is extra painful as he scrambles for a Masters invite