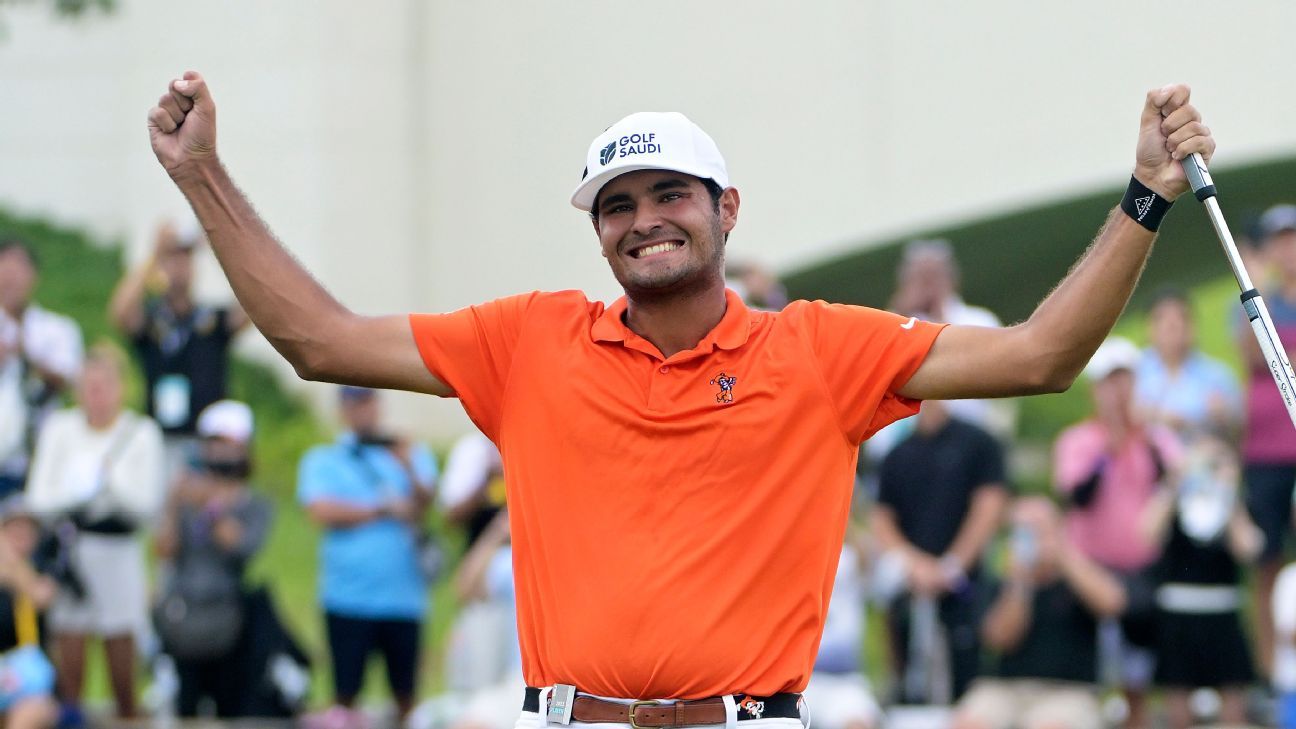 Lopez-Chacarra had a three-round, 19-under total of 197 after the storm-delayed finish on the newly opened Stonehill Golf Club course north of Bangkok.

Reed shot a closing 67 while Paul Casey (65), Richard Bland (68) and Sihwan Kim (68) were tied for third, four shots behind Lopez-Chacarra.

Ex-Oklahoma State player Lopez-Chacarra, who turned professional to play on the LIV series, led after the second round and was among three who led after the first.

The two-time first-team All-American was No. 2 in the World Amateur Golf Ranking before he signed a three-year contract with the Saudi-backed LIV tour.

The Farmers Open will have another Saturday finish, and Justin Thomas jokingly makes the case for more short weeks
Rahm struggles with 73, well back at Farmers
Steve Stricker wins by 6 shots in Hawaii and the rest of the Champions Tour should be very afraid
McIlroy snubs Reed, in no mood for reconciliation
Reed leads McIlroy in wet Dubai Classic