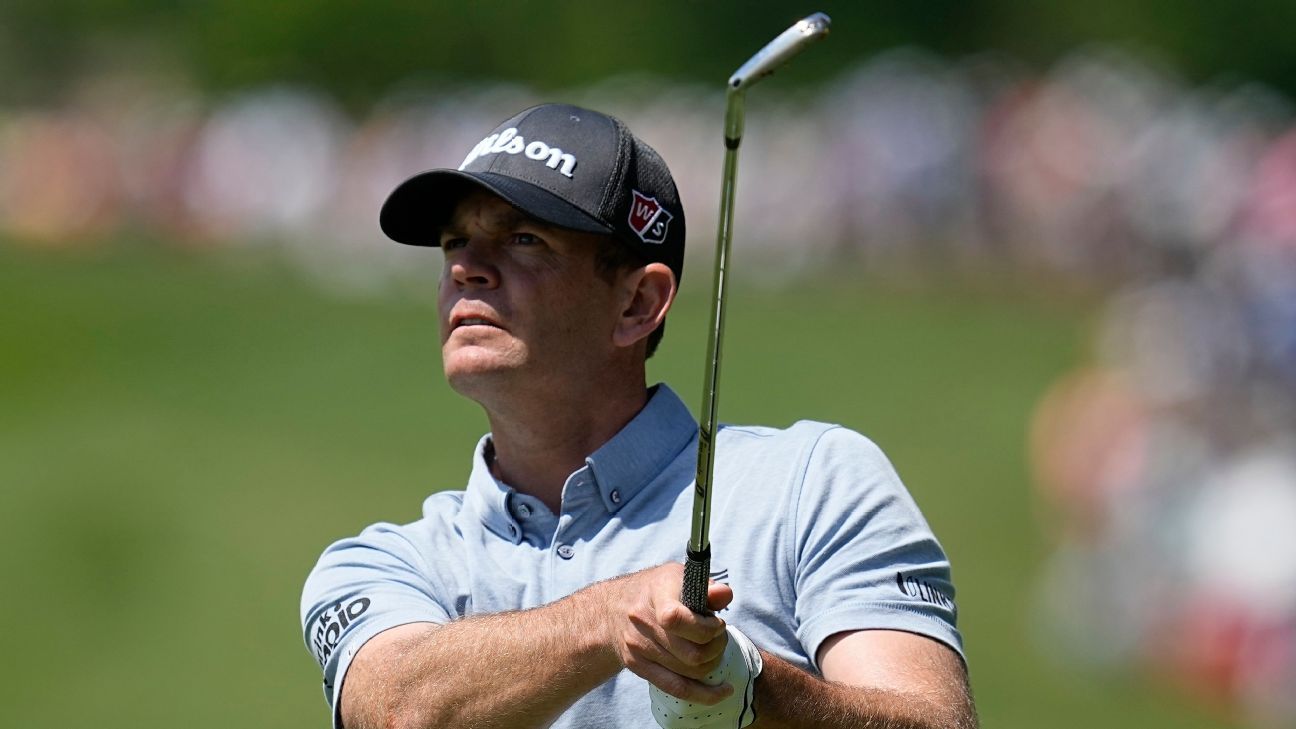 INZAI CITY, Japan — Brendan Steele finished with four consecutive birdies and shot a 6-under 64 on Thursday to take the first-round lead at the PGA Tour’s Zozo Championship.

“Everybody says if you birdie 18, dinner tastes better,” Steele said. “But four in a row is definitely, really nice and feels good.”

It was a happy return to the Accordia Golf Narashino Country Club, where Steele was the runner-up a year ago in the same tournament behind winner Hideki Matsuyama.

“I love it here,” Steele said. “Loved the course last year — really happy be back.”

The Zozo Championship is the only PGA Tour event in Japan and has a purse of $11 million. There are no COVID-19 crowd-limit restrictions in place this year.

“Nice for us to be able to get out the hotel a little bit this year and enjoy the culture a little bit,” Steele said. “So I’ve enjoyed it a ton.”

It was a big day for other Americans as well.

Adam Schenk was a shot back after a 65 on a rainy day on the course on the outskirts of Tokyo. Sam Ryder, Matthew NeSmith, and Keegan Bradley were two back.

Defending champion Matsuyama, who won by five strokes a year ago, got off to a slow start before a home crowd with a 71.

I thought I was dying. How golf kept me going
Tiger Woods on his health, future playing plans, LIV Golf and more
Bradbury wins Joburg Open for 1st Euro tour title
Sergio Garcia’s incredible—and historic—playing streak is coming to an end
Tiger and Charlie Woods are officially set to compete in PNC Championship