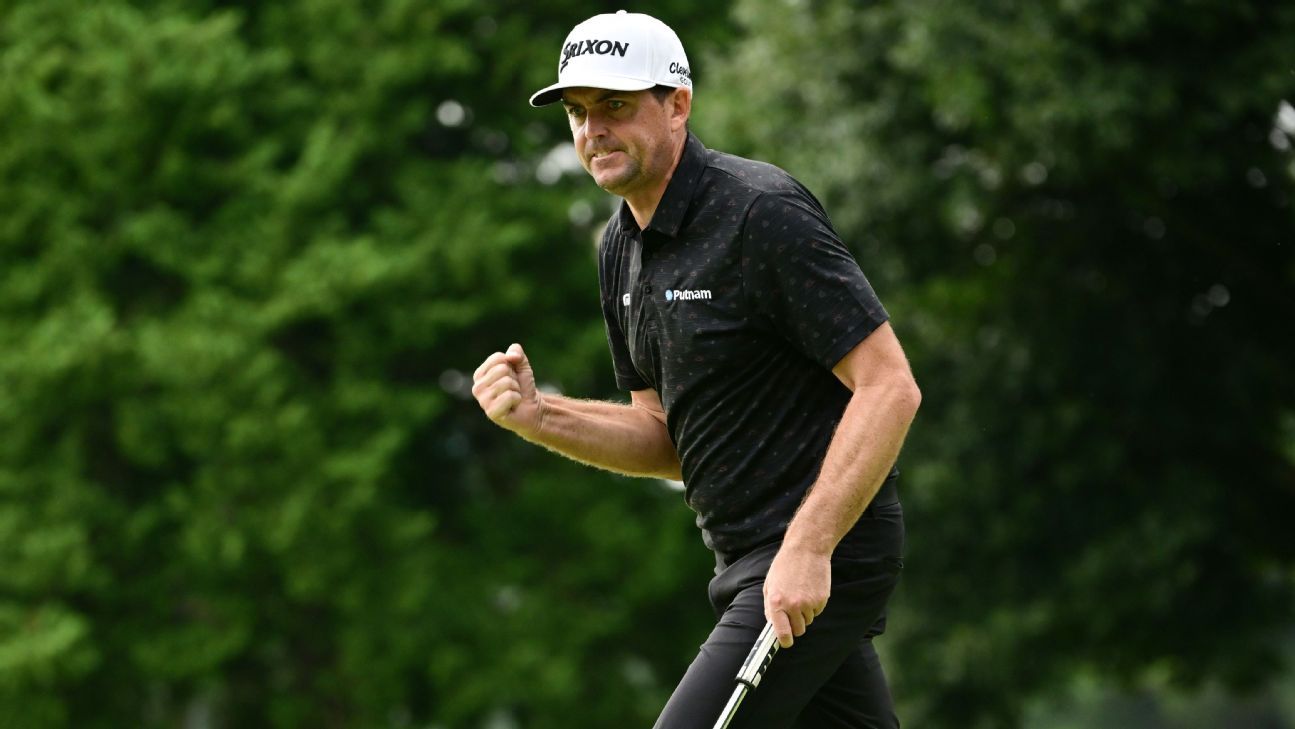 INZAI CITY, Japan — It was worth the trip to Japan for Keegan Bradley, who won the Zozo Championship on Sunday with a final-round 2-under 68 to finish one shot ahead Rickie Fowler and Andrew Putnam for his first PGA Tour win in just over four years.

Bradley raised both arms to the sky and was tearing up after clinching the victory with a tap-in on the 18th. Thirty minutes later, he was still choking back tears.

“I’ve been crying since I finished,” Bradley said. “I can’t remember the last time I cried.”

He said he talked to his wife Jillian and his mother Kaye in the United States on FaceTime after securing the long-sought victory.

“I couldn’t keep things together. I don’t know what’s wrong with me,” he said.

He bogeyed two of the last five holes, but came through with a key birdie putt on the 17th to give him a two-shot lead going into the 18th ahead of playing partners Fowler and Putnam.

“I realized if I made this putt I’d have a two-shot lead,” he said. “And I just buried it. The perfect putt. It was meant to be and I’m proud of the way I handled that hole.

Bradley won the PGA Championship in 2011 to give him a fast start to his career. The rest has not been as easy.

Bradley said he took inspiration from Tiger Woods after playing 36 holes with him at the 2019 event, which Woods won.

“Watching him up close was spectacular,” Bradley said. “I was thinking about it the whole day today.”

Bradley’s last PGA Tour victory was in 2018 at the BMW Championship. This is his fifth Tour victory.

Fowler also has not won on the tour for more that three years, and Putnam is winless in four.

“Kind of bittersweet,” said Fowler, who led by one stroke after three rounds. “Obviously, I wanted to get the job done.”

“Final round,” he added. “I’ve haven’t been there a whole lot in the last couple of years.”

The Zozo, played at the Accordia Golf Narashino Country Club on the outskirts of Tokyo, is the only PGA Tour event in Japan.

How Tiger Woods’ lingering foot issues, and previously unknown surgeries, could impact his future schedule
World Ranking tweaks, the Wishbone Brawl, Rory’s blood sugar and more
I thought I was dying. How golf kept me going
Rory McIlroy thinks he had COVID before The Open—and gave it to Tiger Woods
Adam Scott is changing up more than his caddie to be ready for the 2023 season