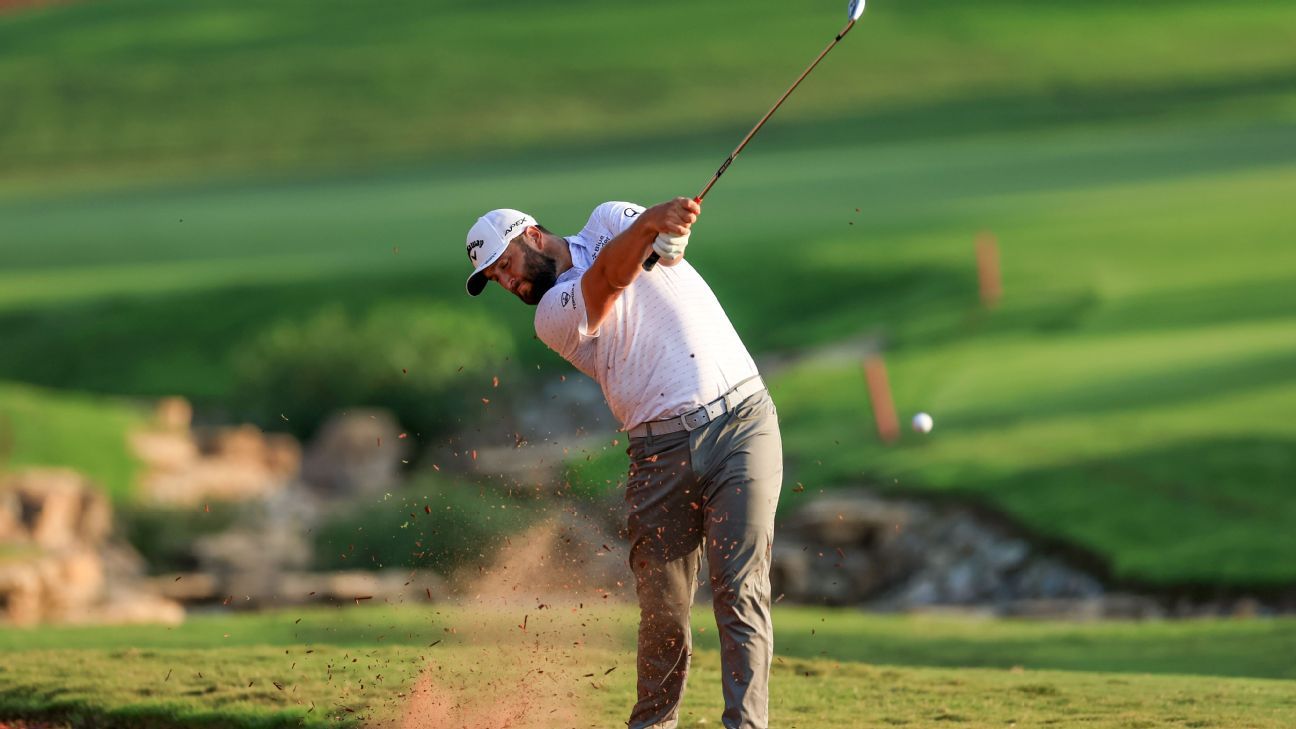 Rory McIlroy is well-placed for another Race to Dubai title after his 7-under 65 on Saturday left him three shots off the lead heading into the final round at the season-ending DP World Tour Championship.

Jon Rahm holds a one-stroke lead after a bogey-free 65 put the Spaniard at 15-under 201 overall at Jumeirah Golf Estates as he seeks to win the event for a third time.

“If I’m able to go out there tomorrow and shoot a good score and get the job done, it would be a really nice way to end what’s been a great year,” McIlroy said.

Fitzpatrick trails Rahm by one shot after a 70 that included two bogeys on the front nine at the Earth Course, where he is a two-time winner.

The Englishman can clinch what would be his first Race to Dubai title if he wins Sunday and McIlroy finishes below second. A second-place finish would also be good enough for Fitzpatrick if McIlroy finishes lower than seventh.

“It would mean the world,” Fitzpatrick, who lamented a slow start Saturday, said. “I’m going to need a lot of things going my way. I’ve given myself a chance going into tomorrow and that’s all you can do from the start of the week.”

Alex Noren (68) is two shots off the lead, and McIlroy is tied for fourth with Tyrrell Hatton (72).

McIlroy went bogey-eagle-bogey on the first three holes and had seven birdies the rest of the way.

“Overall, just hit it in the fairway a bit more today which made a big difference,” he said. “I was able to get control of my approach shots and hit them close and make some easy birdies. (I) just need to do more of the same tomorrow.”

McIlroy is trying to win the FedExCup and Race to Dubai in the same year for the first time, having won each event on three occasions. His last Race to Dubai title came in 2015, having also won it in 2012 and 2014.

Rahm was pleased with his third round.

“I don’t think I could have shot any lower today,” he said. “[I] wasn’t my best off the tee, but I was able to actually get some birdies out of some not-so-good situations. I didn’t hit any of the fairways on the par 5s and still played them 3-under par. I’ve had some good Sundays out here, so hopefully I can tidy up the mistakes off the tee and have a smooth round.”