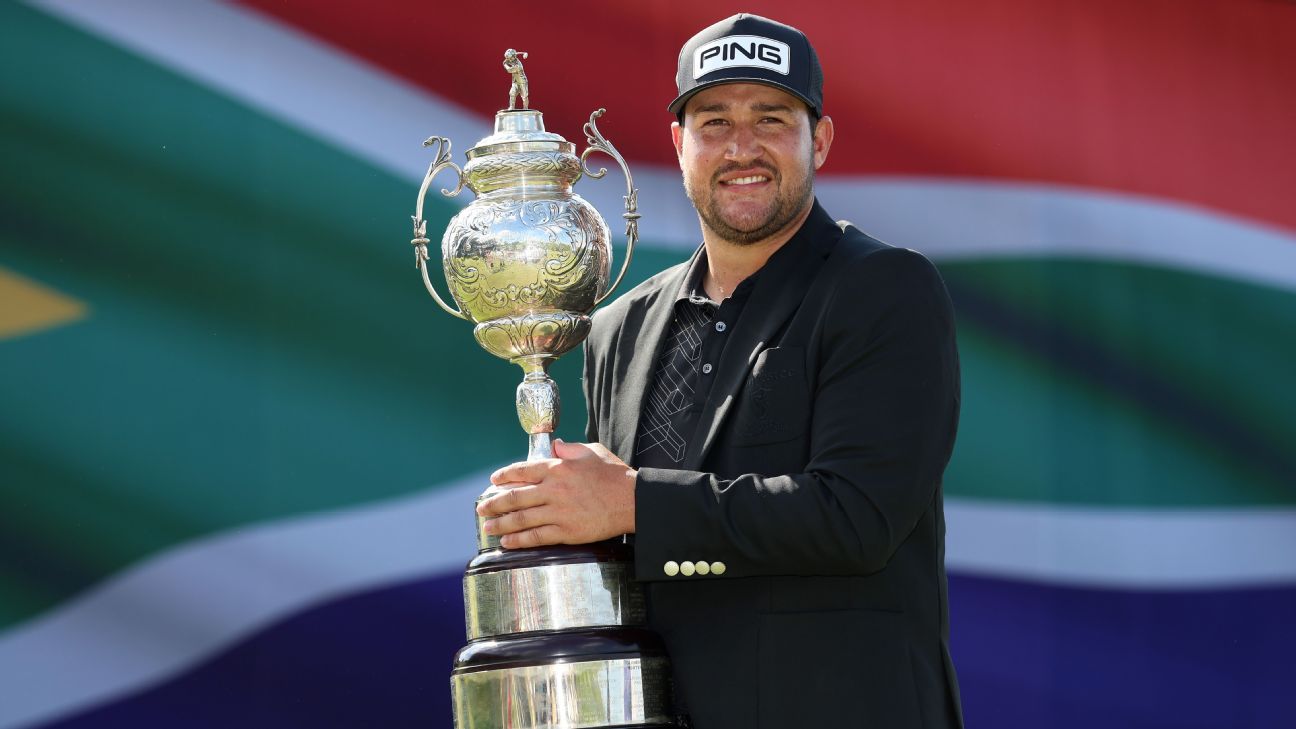 JOHANNESBURG — Thriston Lawrence held on to win his home South African Open despite a final-round 2-over 74 at the Blair Atholl course on Sunday.

Lawrence started the day with a 2-shot lead over Clement Sordet of France and despite extending his advantage to 5 strokes early on the back nine, the South African just managed to hold off his playing partner to finish with an overall 16-under 272.

The victory is his third on the European tour, following wins at the Joburg Open a year ago and the European Masters in August.

“This is what you strive for, being a kid you dream for this moment, to win such a prestigious event in front of an amazing crowd,” said Lawrence. “It felt all easy going through the round and then golf happened at the end.

“I managed to get it done and I’m really pleased,” he added.

Jens Fahrbring of Sweden (70) finished third, 2 shots off the pace, and Germany’s Matti Schmid was fourth, another 3 strokes back.

Thompson ups eagles total to 5, still atop AmEx
Steve Stricker wins by 6 shots in Hawaii and the rest of the Champions Tour should be very afraid
Rookie Taylor Montgomery is one of the hottest players on the PGA Tour, and he’s got wild tales about getting here
McIlroy snubs Reed, in no mood for reconciliation
The surprising economics about your bucket of range balls